In first of its kind RERA Handovers the Project to Residents 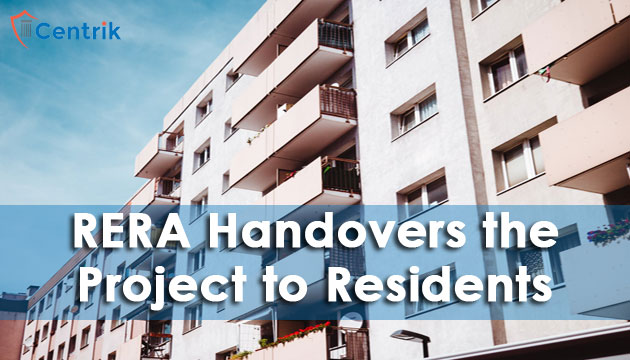 We are happy to share that the RERA team of Centrik Group  has argued and got 1st of kind order from Hon’ble RERA, which is unique and real justice in real estate history. In the said case, the uncompleted project was handed over to the association to construct it through the pooling of money. Media at different place published the said case

One of the links is:

The complete order is:

The brief of the matter is as under :

As per the recent judgment acquired by our team through Hon’ble Panchkula RERA authority with respect to a project namely “PIYUSH HEIGHTS wherein over 100 allottees of clogged project were granted relief under section 8 of RERA, 2016 whereby the allottees of the towers in question were permitted to form a welfare association and take over the remaining construction by pooling the money

Owing to the huge delay on the part of the developers i.e. Piyush Buildwell India. Ltd. in developing the tower J and K of Project “Piyush Heights” situated at Sector-89 Faridabad, the allottees filed a case with RERA Authority through Centrik. Initially, there were around 10-15 no. of allottees which later been joined by other allottees of the project.

According to the initial commitments of the project developers, the allottees of the towers were to put in possession of their flats latest by the year 2012-2013 and even by the year 2018 homebuyers waited patiently for the developers to hand over the possession of the apartments but they were forced to take recourse of RERA when they found out that directors of Company are in Jail and construction was stalled for an unreasonable period of time.

During the progress of the case, it was argued that since the builder is neither capable nor want to compete for the project, then the passing of any order of refund or possession would not give real justice. We appealed to handover the project the association who can construct the remaining by pooling the money and hiring other contractors.

As the buyers had already suffered enough at the hands of the developers, authority while granting relief to the homebuyers also made sure to make the takeover process hassle-free. The authority has the power to hand-over the stalled project or uncompleted project to the association of buyers to complete it.

That such an order is first of its kind in the Country and this shall set an example for all other stalled projects wherein the builders are in jail for years and there is no hope of construction in near future.