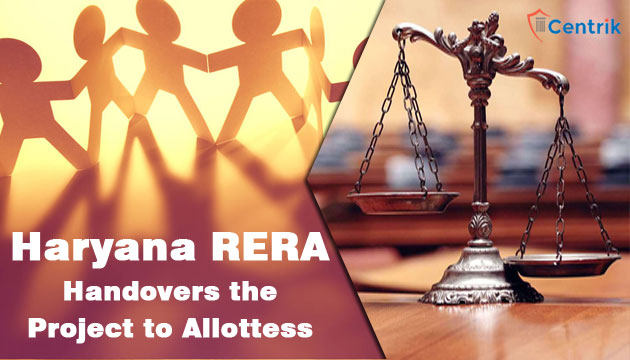 As per the recent judgment acquired by our team with respect to a project namely “PIYUSH HEIGHTS” wherein over 100 allottees of the clogged project were granted relief under section 8 of RERA, 2016 whereby the allottees of the towers in question were permitted to form a welfare association and take over the remaining construction.

Owing to the huge delay on the part of the developers i.e. Piyush Buildwell India. Ltd. in developing the tower J and K of Project “Piyush Heights” situated at Sector-89 Faridabad the RERA Authority has ordered allottees of the above mentioned towers to form an association and take over the construction of the Towers.

According to the initial commitments of the project developers allottees of the towers were to put in possession of their flats latest by the year 2012-2013 and even by the year 2018 homebuyers waited patiently for the developers to handover the possession of the apartments but they were forced to take recourse of RERA when they found out that directors of Company are in Jail and construction was stalled for an unreasonable period of time.

As the buyers had already suffered enough at the hands of the developers, authority while granting relief to the homebuyers also made sure to make the takeover process hassle-free. The authority ordered concerned local bodies like deputy commissioner, DTP, engineers of DHBVNL, Superintendent of police Faridabad among others to try and avoid giving unnecessary hardships to the association and ensure smooth completion of the project without any extra physical or financial burden to them. That such an order is first of its kind in the Country and this shall set an example for all other stalled projects wherein builders are in jail for years and there is no hope of construction in near future.