‘Arbitration Clause’ - Its invocation and process 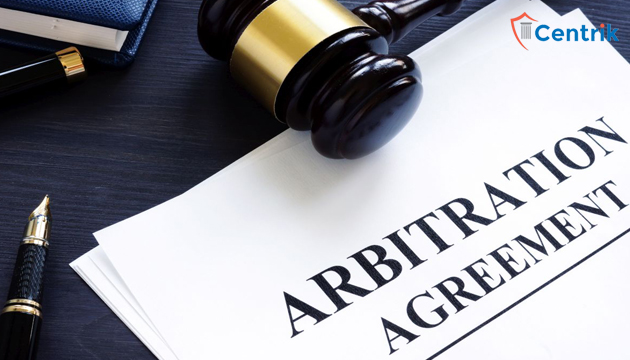 Whilst elucidating the topic, let us presume the inevitable, viz., existence of the necessary arbitration clause in the agreement/contract signed and executed between the parties in the context of which disputes have arisen relating to performance, interpretation of the terms/conditions and/or obligations of the parties under the contract, claims, etc.

Issuance of the ‘Notice’ invoking the arbitration clause

Now, the very first step for initiation of resolution of disputes through the chosen mode of arbitration is the necessity of expression of intention of either party to do. This requires the initiating party to issue a legal notice through a legal professional to the opposite party detailing the facts and circumstances leading to disputes between them. This notice would be termed to be the ‘notice invoking the arbitration clause in the agreement/contract’. The said notice, at the end, would list names of 3 (three) people, one of whom would act as the probable ‘Sole Arbitrator’. A request is made to the receiving party to choose one name of the 3 within 30 days from the receipt thereof, or, vide its reply, suggest another 3 (three) names with a request to the initiating party to choose one within another period of 30 days.

In the event that the parties reach a mutual agreement as to the one chosen name, they can initiate the process of resolution of disputes through ‘arbitration’ forthwith. However, in the converse situation where there is no mutual agreement on the name(s), either party (after lapse of the mandatory period of 30 days from the date the receiving party is served a copy of the notice) is mandated to approach the court by filing a petition under Section 11 of the Arbitration & Conciliation Act, 1996 seeking appointment of a ‘Sole Arbitrator’ and/or a ‘Panel of 3 Arbitrators’ to adjudicate disputes between them in accordance with the arbitration clause in the contract/agreement.

At times, parties to a contract are cautious from the very beginning and mutually agree to a chosen one name and/or three names who would constitute the Arbitral Tribunal either as a ‘Sole Arbitrator’ or a ‘Panel of Three Arbitrators’. In this scenario, arbitration proceedings are deemed to have commenced the moment a notice, in writing, is issued and served on the opposite party calling him to submit the disputes which have arisen to such Arbitral Tribunal.

Courts are generally easy and do not attach too much technicality to the wordings of a ‘notice invoking the arbitration clause’. If the said notice simply narrates the facts and circumstances leading to disputes between the contracting parties, that itself is taken to be sufficient to commence arbitration because it is by implication a request to the other party to agree to the appointment of an Arbitrator, or, to appoint their Arbitrator.

The first and foremost requirement that the court wishes to satisfy itself with is the ‘existence of a valid and subsisting arbitration clause’ in the agreement/contract under which disputes have arisen between the parties. Consequently, the court may traverse on the path of adjudicating whether under the facts and circumstances of the case, disputes exist between the parties, which should be referred to arbitration. Once, that is done, the court disposes-off the petition by appointing the Arbitral Tribunal and directing the parties to appear before the same for adjudication of their disputes.

The process is not too tedious and is generally accepted by the court, thus, helping the parties to resolve disputes in a time bound manner.