Arbitration Award- Its Validity and Enforceability 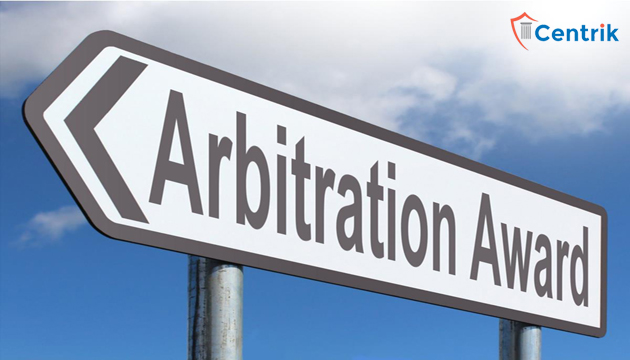 In modern times, ‘arbitration’ is gaining importance and acceptance worldwide as the most opted method of dispute resolution. But what may come to one’s mind are questions as regards the validity of the said ‘Award’ and ways of its enforcement.

What is an ‘Arbitration Award’

In India, an ‘Arbitration award’ (hereinafter the “Award”) finds its place in and under the provisions of the Arbitration & Conciliation Act, 1996 (as amended from time to time). The Award is the last word of the Arbitrator (forming the Arbitral Tribunal) at the end of adjudication of disputes between the parties and has the same importance, position and effect as that of a judgement rendered by a civil court of law, viz., is a final judgement having a binding effect on the parties. The Award is executable like a decree of a civil court. It would be pertinent to point out here that the objective as stated in the ‘Objects and Reasons’ of the Act of 1996 is to ‘minimize the supervisory role of courts in the arbitral process’ and ‘to provide that every final award is enforced in the same manner as if it were a decree of the court’.

Validity of an Award

As stated hereinabove, the Award is valid and binding between the parties and is executable like a decree of the court. The losing party, of course, has the right and recourse to challenge and have the Award set-aside and/or reversed within 90 days from the passing of the Award, however, only on limited grounds as stipulated under Section 34 of the Act ensuring that the parties are not engaged and/or entangled in a never-ending series of challenge by way of Appeals in the future. The courts worldwide have accepted and recognized arbitral Awards and have signed treaties amongst themselves on their recognition and enforcement.

As stated hereinabove, the party who wishes to challenge the Award must act accordingly within 90 days from the date of the Award, failing which the Award attains ‘finality’, thus entitling the winning party to take necessary steps for enforcement of the same. The same is the case in the event a petition under Section 34 is filed raising objections to the Award, and subsequently, after hearing arguments advanced by either party(ies) the Court passes an order/judgement whereby the said objections are not sustained.

A party could also witness a situation where the Award passed at the end of the arbitral proceedings is an ‘ex-parte’ Award, i.e. an Award passed without the presence of the opposite party who chooses to remain absent despite the proven fact that it had notice of the pendency of the arbitral proceedings. Even in that case, an ex-parte Award passed by the Arbitral Tribunal is enforceable under Section 36 of the Act, being equivalent to a decree of a civil court.

Another difficulty/uncertainty faced in a case where there occurs an inordinate delay in disposal of the Section 34 petition, is that the party initiating the challenge may indulge in acts of disposing-off, frittering away, creating third party rights etc. in assets (both movable and immovable) belonging to it, thus putting the defending party in a position of loss and irretrievable loss and injury. In that case, the remedy that could be available to the defending party will be to seek interim orders from the court restraining the opposite party from indulging in acts to dispose of the assets pending disposal of the petition under Section 34 of the Act.

Several parties, both individuals and corporates have begun to opt for ‘Arbitration’ as the chosen mode for resolution of their disputes to avoid court delays and other legal hassles of court. Hence, it is important that courts try to minimize delays as also the number of opportunities to the defending party from contributing to delaying factors causing an impediment of swift disposal of the case.