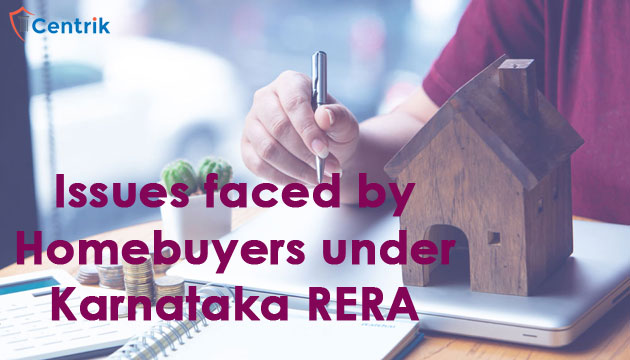 The real estate regulation & development act, 2016 (RERA) was enacted with a view to achieving transparency in the sector along with balancing the interests of the parties. Though the act sought to bring accountability of actions, parties continued to evade the necessary provisions of law. Talking about Karnataka RERA makes us think twice about the legislation altogether, as compared to other states Karnataka RERA has been disappointing since the day it got enacted. Both the builders and homebuyers remained unhappy for some or other reasons. Homebuyers associated with Karnataka RERA accused developers of practices such as deviated plans, unauthorized constructions, advertising unregistered, intentionally causing a delay in completion, diversion of monies collected for one project into another without asking for permission, etc. Whereas the builders used coercive methods to threaten buyers by filing false cases and complainants etc.

Where the central legislation along with the rules and regulations made there under was to aid homebuyers by seeking clarity on the rights, liabilities and the overall functioning of the sector. Aggrieved homebuyers of Karnataka remained dissatisfied with the functioning of the existing legislation and how the authorities have failed to prove their existence valid in any manner. Where the act was centrally applicable, rules and regulations were specific according to the requirements of a particular state.

Since the real estate industry was so poorly managed in Karnataka, the buyers in association with a social foundation expressed their disappointment on the implementation and enforcement of the provisions of the act. They pointed out instances where builders ignored warnings and continued to surpass & question the real estate authority. Even after the repeated reminders, developers failed to get themselves registered in accordance with the provisions of the act. Since RERA provides the scope of remedies against registered projects only authorities were of no use to the helpless buyers. Authorities cannot be really blamed as they had to function in accordance with the scope of rights given under the act to them.

In that light, the Development Authority of Bengaluru (BDA) in the public interest has issued a notice stating the name of the projects being inquired by the authority due to their non-registration. And thus asked people wishing to invest in such projects shall do so bearing the sole risk of loss.

The real estate market in the country is expanding rapidly with new projects coming almost every day, this makes it difficult for authorities to identify unregistered projects. All this renders a buyer really confused. The level of awareness still lacks in the state and the authority cannot be left out of fault completely as the act suggests that the authority to take appropriate measures for making people aware of the laws and policies relating to the real estate sector. Builders are said to be at unfair advantage of buyers being financially dominant can easily find loopholes for non-compliance. Another major factor is the unavailability of accurate data on the compliance of the orders passed by the authority.

Disclaimer – the above article is based on the order and interpretation of related laws, for general awareness. The readers are expected to take expert opinion before reliance on the article. For any clarification, please read at support@centrik.in