High Court to intervene against orders of the NCLT 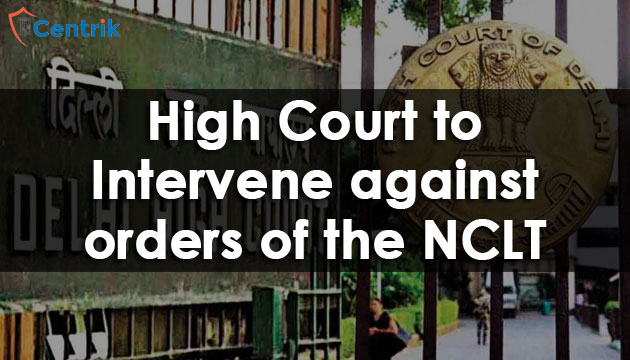 A recent judgement has been by Hon’ble Supreme Court in the case of M/s Embassy Property Developments Pvt. Ltd. vs State of Karnataka & Ors. and held that the powers of the NCLT under the IBC do not extend to adjudicating disputes relating to quasi- judicial or statutory authorities. Such disputes can only be exercised by the High Court by way of judicial review of administrative action, as they are a matter of public law, meaning by that the High Court can entertain writ petitions when the NCLT exercises powers not vested under the IBC.

APPEAL BEFORE THE SUPREME COURT

Three separate appeals were filed by the Resolution Applicant, the Corporate Debtor and the Committee of Creditors all of which challenged the stay order of the High Court. The questions put before the Supreme Court were;

“The distinction between the lack of jurisdiction and the wrongful exercise of the available jurisdiction, should be taken into account by High Courts, when Article 226 is ought to be invoked bypassing a statutory alternative remedy provided by a special statute”

The Court held that the relationship between the Corporate Debtor and the Government of Karnataka was not merely contractual but governed under a statue i.e. the Mines and Minerals (Development and Regulation Act) 1957. Thus, the decision to extend the lease was a matter of public law. Thus, the NCLT lacked the jurisdiction of Judicial Review over administrative action of the Government.

The Supreme Court further clarified that a moratorium shall preserve status quo and not create a new right. Thus the moratorium imposed under section 14 protects the Corporate Debtor from dispossession from leased property however it does not ensure the right of renewal of lease. Therefore, the NCLT cannot give directions that fall outside the purview of the IBC Code especially in relation to public law.

The Supreme Court held that the High Court may not have the power to develop into issues regarding fraudulent transactions or malicious initiation of corporate insolvency proceedings under the IBC as under section 65 and 69 of the code the NCLT is first vested with such power in relation to corporate debtors undergoing insolvency proceedings.

The judgment thus enables stakeholders of the corporate insolvency process to approach the High Court with respect to matters concerning public law that are outside the jurisdiction of the NCLT or the NCLAT.

Disclaimer – The above article is based on interpretation of the related judicial pronouncement and related laws which may differ from person to person. The readers are expected to take expert opinion before placing reliance on it. For more information, please reach us at support@centrik.in or call us at 8383011629.