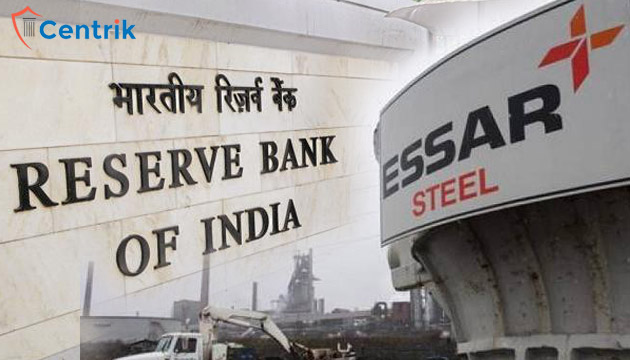 First, we should see the “Para 5” of the said RBI’s press release, it reads as follows:

“The Reserve Bank, based on the recommendations of the IAC, will accordingly be issuing directions to banks to file for insolvency proceedings under the IBC in respect of the identified accounts. Such cases will be accorded priority by the National Company Law Tribunal (NCLT).”

The RBI apologised to the Court for such poor drafting and issued a corrigendum dated 3-7-2017 correcting this error by deleting the last line of Para 5.

As per Pratik Datta, a researcher at the National Institute of Public Finance and Policy, New Delhi:

“RBI suffers from low capacity in legal drafting. In this case, however, it is unlikely to lead to a serious legal problem. RBI’s lawyer should ideally request the court to permit it to expunge that one line from the RBI’s Press Release. That should allay the court’s concern about separation of powers”

In reference to this the court said:

“The Respondent No. 1 RBI has to be careful while issuing press releases; it must be in consonance with the Constitutional Mandates, based upon sound principles of Law, but in any case, should not be in the form of advice, guidelines or directions to judicial or quasi- judicial authorities in any manner what so ever;”

Returning to the impact of the decision, it should be noted that the Gujarat High Court dismissed Essar Steel’s petition and refused to grant any of the reliefs sought by Essar Steel. The Gujarat High Court moved quickly and efficiently, and the order was issued within 10 working days of Essar Steel’s filing of the case. This decision is critical because it ensures that Essar Steel and the other identified debt-laden companies are referred to the NCLT as soon as possible.

This High Court decision is a major relief for financial institutions that had become concerned about the prospects of recovery from India’s twelve largest loan defaulters. This decision also establishes banks’ statutory right to initiate proceedings against loan defaulters in appropriate forums, with or without RBI guidelines. The Court also observed that NCLT, cannot be directed to restrain from proceedings against Essar, as such writ of prohibition may be issued only in the rarest of rare cases or when inferior court exceeds its jurisdiction.