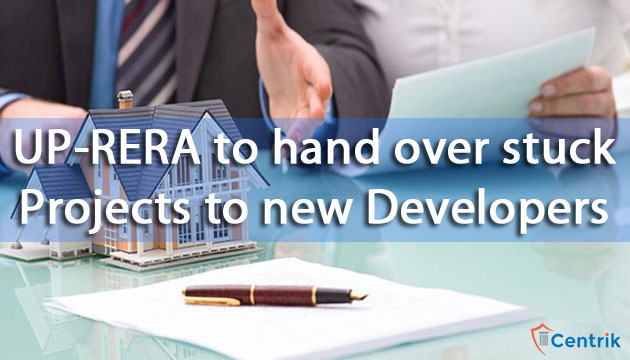 Excessive relief to more than 30,000 homebuyers who have bought flats in Noida, Greater Noida, and Ghaziabad after UP-RERA has identified more than 24 real estate projects which were stuck up. The UP-RERA Authority has ordered to revoke the registration of these existing developers whose projects have been standing-out for more than one year and to invite new developers for completion of these projects.

As per section 7 of the RERA Act, the authority may revoke the registration if the developer contravenes with the provisions of the act, and according to section 8 of the Act, the authority with the consultation of appropriate government can take action for carrying out the remaining development of the project.

Rajive Kumar, the chief of the UP-RERA, announced that the new developers are allowed to use the unsold flats and land to yield a return for the completion of these stuck projects.

Principally, this happened in May 2019 when the UP-RERA revoked the registration in three phases of Unnati Fortune Holdings’ Aranya housing project in Noida. The reason behind the revocation of registration was due to irregularities in financial accounts, spare allotment of apartments to the buyers and diversion and siphoning of funds. Furthermore, the authority revoked the registration of PSA Impex’s Sampada Livia residential project in Greater Noida due to in-completion of work of approx. 750 units since 2018.

Later on, in March the UP-RERA authority had given revocation notice to many other real estate builders who had not completed their projects involving 4800 units within specified time and not given possession to home buyers as per the agreement. The notice was issued to Primrose Infratech for Primrose Ryne project, MSA Developer for Circuit Heights, Mist Direct Sales for Festival City Phases 1, 2 and 3, Greenbay Infrastructure for Greenbay Golf Homes and Golf Village, PSA Impex for Sampada Livia, Intellicity Business Park for Intellicity project, and Unnati Fortune.

That such innovative steps on part of the UP-RERA will help in protecting the interest of homebuyers who have been tormented at the hands of builders for years. Furthermore, such steps will create fear in the mind of present developers against violations of the Act. The RERA Authorities may be newly implemented in the country but they are trying to take every step possible to bring justice to the aggrieved homebuyers.