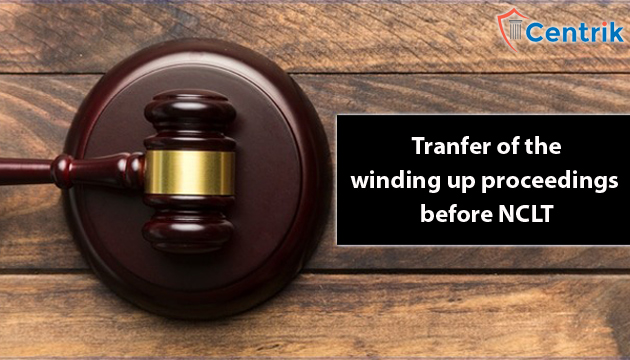 A financial creditor filed an appeal in the Supreme Court after being dissatisfied with an order issued by the Company Court (High Court of Allahabad) refusing to transfer the pending winding-up petition to the National Company Law Tribunal (NCLT).

The main issues which arose in this appeal were:

This judgement is a step in the right direction because it recognizes the authority of a non-petitioning creditor to request for a transfer of the winding up proceedings. It assures that a creditor is not deprived of their right just because they did not participate in the initial winding up procedures against a corporate debtor. Furthermore, shifting the winding up procedures under the fifth proviso ensures that simultaneous processes do not take place in both forums. Parallel proceedings against a corporate debtor would be contrary to the purpose of the IBC, the Supreme Court confirmed the meaning of this clause in its plain and short 26-page judgement.

Disclaimer – The above article is based on the personal interpretation of the related orders and laws. The readers are expected to take expert opinion before relying upon the article. For more information, please contact us at support@centrik.in or at 8383011629