Supreme Court on constitutional validity of the IBC, 2016 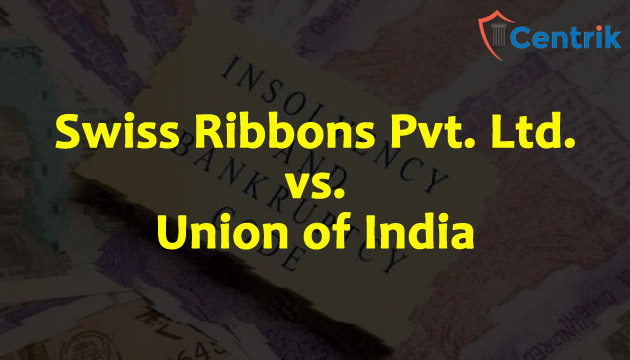 With specific directions for implementation, this judgement has strengthened the foundation of the Insolvency Code. The court tries to protect creditors because they are on the front lines of the battle to resurrect corporate debtors. It will be some years before the various judgments guide the directions in which this Code should work. Statistics show that the Indian Insolvency Code performs better than other countries’ insolvency laws. The sheer number of settlements and resolutions demonstrates how effective the Insolvency Code is.

This decision helps to alleviate investors’ concerns about acquiring assets through this Code. Still, there is a long way to go, and additional changes are required in the areas of cross-border insolvency, financial service provider resolution, and stressed asset resolution. It should be noted that the government’s recent decision to establish a Circuit Bench in Chennai demonstrates the impact of the Swiss case, but the IBC Code still has a long way to go and many more amendments to the existing provisions are required.

While upholding the Code’s constitutionality, the Supreme Court conducted an overall analysis of its provisions as well as an examination of the economic aspects behind it. While noting that the bad debt problem was steadily worsening and that reform was required, the Supreme Court finally put to rest vexing issues such as the disparity in treatment of operational and financial creditors.

Source- Swiss Ribbons Private Limited and Another v. Union of India and Others, 2019 SCC Online SC 73