Single member bench can hear and decide the complaint 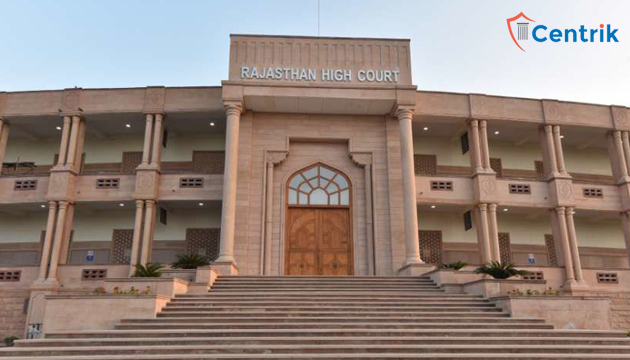 The Hon’ble Rajasthan High Court while disposing of 70 writ petitions has confirmed the orders passed by Rajasthan RERA that the single member benches of RERA has jurisdiction to hear and decide the complaint filed under RERA Act by relying on the judgment of the Hon’ble Supreme Court in ‘Newtech case’.

The High Court first dealt with the validity of Regulation 9 of the Regulation of 2019 and while doing so referred to various provisions of RERA like Section 30, Section 31, Section 38, Section 81, Section 85, Section 89.

In exercise of powers conferred under Section 85, which pertains to power to make regulations, the RERA authority has framed the impugned regulations.

While analyzing validity of the said regulation, the High Court referred to ‘M/s K.D.P. Build Well Pvt. Ltd. Vs. State of U.P.’ & ‘M/s Newtech Promoters and Developers Pvt. Ltd.’ decided by Allahabad High Court wherein it held that order passed by one member of RERA is legal and valid as per Section 81 of RERA Act.

The decision of Allahabad High Court in the case of ‘M/s Newtech Promoters and Developers Pvt. Ltd.’ was challenged before the Supreme Court and the Supreme Court vide its order dated 11.11.2021 upheld the delegation of power to decide the complaints by single members in terms of Section 81 of the Act. The conclusion of the Supreme Court in this respect can be noted as under:-

“120. In view of the remedial mechanism provided under the scheme of the Act 2016, in our considered view, the power of delegation under Section 81 of the Act by the authority to one of its member for deciding applications/complaints under Section 31 of the Act is not only well defined but expressly permissible and that cannot be said to be dehors the mandate of law.”

The High Court finally deciding the issue observed that:

The resolution challenged by the petitioners passed by RERA delegating powers to decide complaints into single members, could as well have been passed in exercise of powers under Section 81.

In fact the resolution itself does not refer to the source of power under Regulation 9 alone. Whether so stated or not, this resolution can always stress the source of the power under Section 81 of the Act since it is well settled that non-mentioning of the provisions or wrong reference to a statutory provision for exercise of power would not invalidate the exercise if powers can be traced to any statutory source.

In fact the resolution itself refers section 81 of the Act as well as regulation 9 of the regulations. Even otherwise, Regulation 9 is merely procedural provision. Section 81 of RERA Act gives powers to the authority to delegate to any member powers and functions under the Act. Sub-section (1) of Section 85 enables the authority to frame regulations consistent with the Act and the Rules. Regulation 9 framed in exercise of such powers merely regulates the process of delegation of powers in single members of RERA. This regulation is thus not ultra vires the Act or invalid for any other reason.