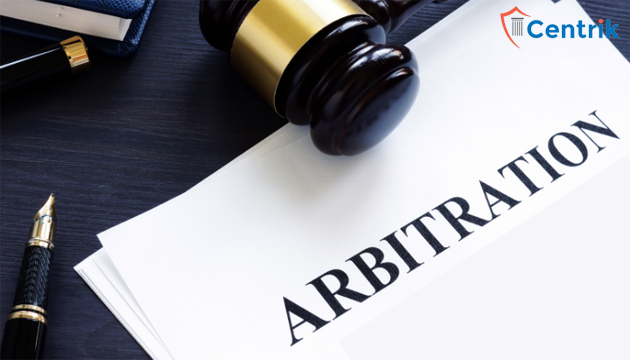 Arbitral Award refers to the decision pronounced, after settlement done between the parties, through arbitration proceedings. Such a decision may be either pronounced through domestic or international arbitration. Domestic Arbitration confines itself to the territory of India, it is governed by Part I of The Arbitration & Conciliation Act. Whereas International Arbitration, as the name suggests comes into action when the arbitration is not confined within the territory of India, it is governed by the Part II of the Arbitration & Conciliation Act. In this article, we will discuss the enforcement of the Foreign Arbitral Award (i.e., Award pronounced through International Arbitration) in India & a contrary perspective thereof.

The Insolvency Code confers the right to the operational creditor to initiate the insolvency proceedings against the debtor by filing an application under Form 5 of the Insolvency and Bankruptcy Board of India (Application to Adjudication Authority) Rules, 2016 along with the valid proof of undisputed claim wherein it considers court decree or an arbitration award as valid evidence of the default to support insolvency.

The term Arbitration Award includes the domestic award or the foreign award as the case may be, the domestic award can be enforced directly before the civil courts unless stayed in a challenge. Whereas a foreign arbitral award requires to follow a procedure of recognition under Arbitration & Conciliation Act, 1956 before making it enforceable before the Indian Courts. The procedure of recognition refers to complying with Sections 47 & 48 of the act. Section 47 prescribes that the party applying for the enforcement of foreign arbitral award has to apply to the High Court complying with the condition of Section 47 i.e., submit a list of documents (i.e., original award copy, original agreement of arbitration, any other evidence if necessary). But Section 47 does not provide a clear picture as to at what stage the foreign arbitral award becomes mature to be presented before the insolvency court.

In Agrocorp International Pvt. (PTE) Ltd v. National Steel and Agro Industries Ltd, the issue was raised that the foreign arbitral award did not follow the due course of becoming enforceable in India i.e., complying with the requirement of Section 47 & 48 of the Arbitration & Conciliation Act, but the bench admitted the petition.

However, the same was not followed by the Hyderabad bench in Aditya Energy Resource Pvt. Ltd v. Simhapuri Energy Ltd., wherein the tribunal rejected the application & accepted the averment that before relying on an external award, the operational creditor must obtain an enforcement order in terms of Part II of the Arbitration Act.

In the Agrocorp case, the Tribunal missed the point that accepting a foreign award as a direct compulsion in the form of debt default will violate the procedure established under the Arbitration Act. Also, the enforcement proceedings for the foreign award (under S. 47-48) are the last and final stage where the debtor can resist the award from becoming binding/ enforceable for grounds listed under Section 48 of the Arbitration Act. This statutorily available remedy would be of no use. Further, the essential determination of a foreign award, being in confirmation with the public policy of India, will be bypassed if such foreign awards are allowed to be enforced directly via insolvency proceedings (the same was held in Usha Holdings L.L.C. v. Francorp Advisors Pvt. Ltd.). The decision to directly admit foreign arbitral award and commencing insolvency proceedings has changed the nature of the proceedings.

The tribunal in the Agricorp case was of the opinion that since the foreign award arose from the UK, which is a reciprocating country under The Code of Civil Procedure (CPC). It inferred that any decree which arises from such a country (i.e., reciprocating country in India) will directly be enforceable before the Indian Courts. However, in doing so the tribunal missed the point that the foreign arbitral award is not equivalent to a foreign decree, and the enforcement procedures of these two are governed under different statutes.

This situation as to the process of enforcing the foreign award now seems to be settled by the Supreme Court in Government of India v. Vedanta Limited &Ors, that court held that-

In contrast, the procedure for enforcement of a foreign decree is not covered by the 1996 Act but is governed by the provisions of Section 44A read with Section 13 of the CPC.

The tribunal in the Agricorp case did not consider the above factors. However, if seen at the first glance, one might think that it creates an alternative route for enforcing the foreign awards. However, this alternative route takes away the right of the debtor against whom the decree is executed to waive away the liability in the circumstances, as provided under section 48 of the Arbitration Act. Though the situation is now well settled with the Supreme Court verdict which makes it clear that for a foreign arbitral award being executable under section 49, it has to follow the route of Section 47 & 48.