RERA: Refund of the Booking amount by the builder 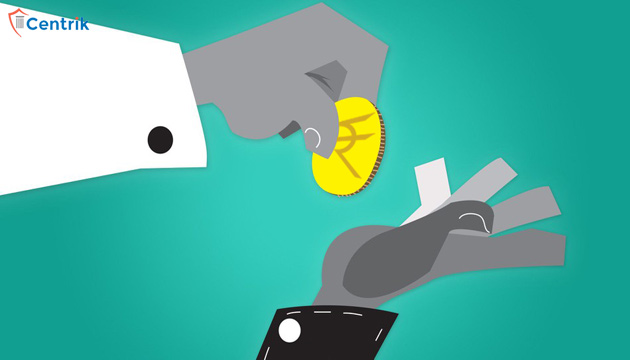 Real Estate (Regulation and Development) Act, 2016 is going to complete a year and people are still skeptical about the implementation of the provisions of the act. One of the vital point which was not covered under the provisions of RERA was the refund of the booking amount as on the basis of same the home-buyer can’t get the status of an allottee as per Section 2(d) of the RERA Act and for the maintainability of the case a complainant should be an allottee.

Lately, the Maharashtra Real Estate Regulatory Authority in its ruling shed some light on the refund of booking amount as in its order the authority directed the developer to give back the amount of Rs 1 lakh which was paid as a booking sum by the home-buyer.

The complainant, Sanjiv Gill had booked a studio level in ‘UK Iridium’ at Kandivali East. The booking amount was paid on May 28, 2017, and 4 months later on he asked for the refund of the amount which he had paid at the time of booking, the Developer didn’t give any response to his cancellation request and finally, the complainant had to knock the door of RERA Authority.

In hearing proceeding the legal representative of the developers said that this case is not maintainable as per the provisions of the RERA as there is no section regarding the refund of booking amount.

He also made a statement that the complainant doesn’t have the status of allottee as per Sec 2(d) of the RERA Act and also no Builder-Buyer was not executed between the parties so on the basis of the same, the advocate of the developer plead before the authority to reject the complaint outrightly.

The RERA bench of Maharashtra after observing the submissions of both the sides said that the developer had violated the Section 3 of the RERA Act as he accepted the booking amount before taking registration of the project with MAHARERA and this action is void ab initio. As per Section 3 of the act “No person shall sell or book the flat, make any purchase in any manner, any plot, apartment or building in any real estate project without registering the project with RERA,”

The MAHARERA Authority eventually made an order where the clear directions have been given to the builder to refund the booking amount of Rs. 1 lakh and simultaneously he has to pay Rs. 50,000/- as a penalty to violate the section 3 of the RERA Act.

In the light of the above we can reach to the outcome that even if the Builder-Buyer agreement is not executed and the complainant is not falling under the definition of an allottee, he may still approach RERA Authority to seek for the legal remedy. Although seeking for the recourse as per the act also depends upon the facts and circumstances of the case.