CentrikBlogsLegal AdvisoryCorporate Litigation-All In WayProsecution u/s 138 of NI Act cannot be quashed on grounds of acceptance of CIRP: Madras HC 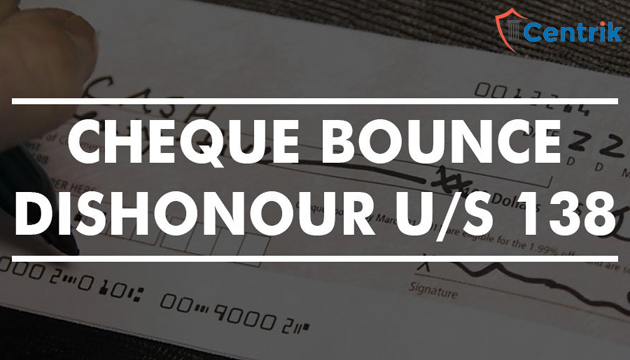 Justice Swaminathan held that the main object of Section 138 of the NI Act is to safeguard the credibility of commercial transactions and to prevent bouncing of cheques by providing a personal criminal liability against the drawer of cheque in public interest, said.

Therefore, even if the resolution plan was approved and made binding on the corporate debtor and its employees, members, creditors, guarantors and other stakeholders under Section 31 of the Code, criminal proceedings under Section 138 will not abate. In proving its point, the Court placed reliance on the case of JIK Industries Limited vs Amarlal V Jumani.

These petitions were submitted in accordance with Section 482 of the Cr. PC. The inherent powers of this Court are intended to be used only to prevent abuse of the legal process or to secure the goals of justice. The facts on record and the arguments advanced by the learned counsel for the petitioner do not lead to the conclusion that continuing the impugned prosecution would be an abuse of legal process. As a result, the Court declined to exercise its inherent powers under Section 482 of the Cr. PC in favour of the petitioner.

The Court determined that the major purpose of Section 138 of the NI Act is to protect the legitimacy of commercial transactions and to prevent cheque bouncing by imposing personal criminal liability on the drawer of the cheque in the public interest. As a result, even if the corporate debtor’s resolution plan was authorised and declared binding on the corporate debtor and its workers, members, creditors, guarantors, and other stakeholders under Section 31 of the Code, criminal proceedings under Section 138 will continue.