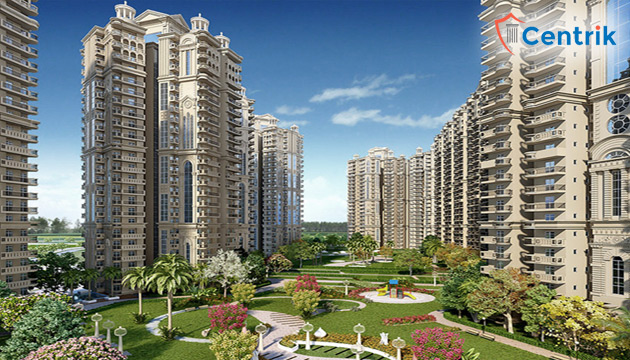 The Greater Noida Industrial Development Authority seems to not tolerate non-payment of dues anymore. It could be very well interpreted through its recent action against the developer Ajnara Realtech as well as an ayurvedic products manufacturer in Sector Ecotech.

As far as Ajnara Realtech is concerned, the allotment of a portion of land allotted to developer Ajnara Realtech in Greater Noida West was cancelled by the GNIDA over non-payment of Rs 63 crore dues after 11 years.  In its official statement, the GNIDA stated that the cancelled allocation is of the 8,178 square meters which are part of a bigger 72,962 land parcel that was allotted to the developer in 2011 in Sector 16 of Greater Noida (West) for the project ‘Ajnara Le Garden’. The allocation was done for the development of residential flats but there has been no construction on it to date. Despite handing over the possession almost 11 years ago, Ajnara Realtech didn’t bother to pay the dues nor completed the project.

The GNIDA official stated that Ajnara Realtech also got the due amount re-scheduled thrice, but despite that the builder did not pay the outstanding premium amount, lease rent, and work completion late fee due to which the Greater Noida Authority cancelled the allotment.

On similar grounds, the Yamuna Expressway Industrial Development Authority had cancelled the allotment of ‘Panorama’ in Sector 22A over non-payment of dues of Rs 46.8 crore.

Such strict actions are not limited to the Real estate Companies; recently land allotment for an ayurvedic products manufacturer company was also cancelled by the GNIDA. The company owed GNIDA late fees for not paying the lease deed amount on time as well as the premium allotment charges. The authority had also issued a checklist to get the company lease deed done.

The GNIDA noted that flat buyers are facing problems due to the non-completion of builder projects on time. Non-payment incurs a financial loss to the GNIDA as well. The official stated that “No builder will be allowed to get away without paying dues of the authority and without completing the projects on time. Allotments of such builders will be cancelled. Land allotments are done to increase investments by establishing industries and giving employment opportunities to the locals’ No one will be given the opportunity to sit on the plot. The plot will be allotted to only those entrepreneurs who are willing to set up an industry or residential flat on a timely basis. All the departments (industrial, institutional, commercial, IT, residential) have been directed to identify such plots and cancel the allotment”.

The builders who have always been in a dominating position over the homebuyers are now in a difficult position, especially in the state of Uttar Pradesh wherein the competent authority, GNIDA, is on a spree to cancel the land allocation allotment of the builders who have not been paying their dues since a long time. It is noteworthy that the GNIDA has also taken a view that these defaulter builders have also neither been able to complete the construction of the project for which the land was allocated nor they are clearing the land dues for which the land was taken.