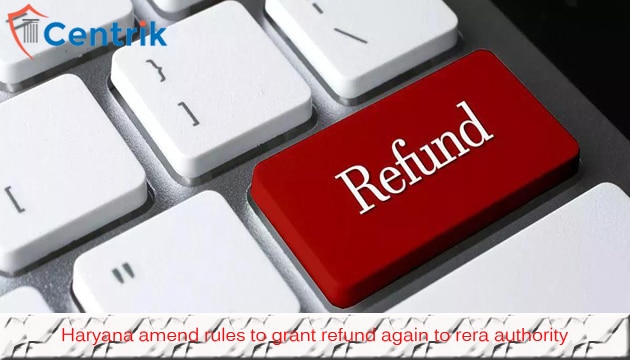 That is the year 2016 a new set of laws were brought into the country i.e. The Real Estate Regulation and Development Act, 2016(“Act”) for regulating the real estate sector and also to protect the aggrieved homebuyers. Like other States, the State of Haryana in order to implement the law at state level brought in the RERA Rules, 2017 wherein a detailed procedure for establishment of authorities/Adjudicating officers and their powers were listed out.

Since the implementation of the Act, the power of granting refunds with interest and possession with interest (as per section 18 of RERA Act) was exercised by the established RERA authorities at Gurugram and Panchkula. Further, the component of compensation which was above and beyond the given remedies of refund and possession were vested with a separate judicial body i.e. the Adjudicating Officer appointed by the RERA Authority under Section-71 of the Act.

Thereafter, the majority of builders went into appeal disputing this power-sharing and argued that the power of refund should vest with the Adjudicating officer instead of the Authority. That the Haryana RERA Tribunal vide its order dated 02/05/2019 in the matter of “Sameer Mahawar V. MG Housing” ruled in favor of the builders and held that the power to grant refund vests with the Adjudicating Officer appointed under Section-71 of the Act.

That this created rucks in the state of Haryana and the whole system were left in turmoil. Thereafter, all the filed RERA cases related to grant of the refund were referred to the adjudicating officer appointed u/s 71 of RERA Act.

SITUATION AFTER THE TRIBUNAL’S JUDGEMENT

That this change brought by the tribunal’s judgment resulted in establishing a new procedure at the end of both the Authorities which created such long time gaps and also resulted in harassment of the already aggrieved homebuyers.

Both authorities started appointing the Adjudicating Officer in order to implement the changed law. Many people including the experts made detailed representations before the state government questioning this changed law and jurisdiction. That the government taking all the representations finally brought in the amendment to the RERA Rules, 2017 which is discussed in detail as follows.

CURRENT AMENDMENT BY THE STATE OF HARYANA

That the whole confusion of this jurisdiction arose owing to the ill drafted RERA rules. That the government of Haryana now vide notification dated 12.09.2019 amended the rules to bring in the power of refund within the purview of the Authority.

That the major amendment has been brought in Rule-28 which implements Section-31 of the Act. That post amendment clause(e) of amended rule 28 read with Sub-rule 2(k) states that once an inquiry is conducted by the RERA Authority for violation of act, rules or regulations and liability is established then refund or possession along with prescribed interest shall be granted by the Authority.

Further, the Authority has also been granted the power to send the complaint where the component of compensation is the sort to the Adjudicating officer once it is established the contravention of the promoter/developer.

Furthermore, Rule 28 sub-rule 2(l) the Authority has been now granted the power to initiate suo-moto penal proceedings in case gross violations are made by the promoter/developer or real estate agent as the case may be.

That this stand of the state of Haryana in changing the Rules will protect the interest of homebuyers in the long run. That such quick stand of changing the rules by the government has brought in clarity in terms of all aspects and will further help in better functioning of both the judicial bodies established under the Act.