GST Revenue will grow with e-way bills, learn everything about it 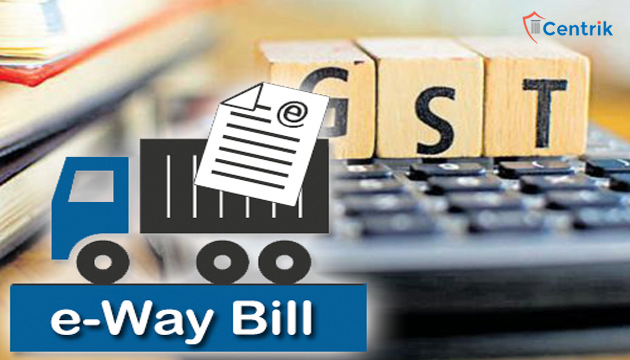 The government expects that after the introduction of electronic (E-way) bills, the Goods and Services Tax (GST) collection will increase by 20-25%. This will monitor the movement of goods and prevent revenue leakages.

Tax officials agree that after some GST is implemented, some industries Taxes are not paying, because partial theft under the GST is impossible, either you pay tax 0 or 100 percent. E-way bill is the way by which such people can be brought to the system. The states which had implemented e-way bills for VAT increased their annual collection by 20-25%. A senior official said, “We have a similar expectation on GST at national level.”

There are already 17 such states in some form of e-way bills, which include Uttar Pradesh, Uttarakhand and several Eastern states, but there are 14 states, including Maharashtra and Madhya Pradesh, which will adopt new systems in February. Some states have a system of monitoring the movement of goods within and outside the state. The e-way bills were to be implemented from the beginning of GST in July, but the government had avoided it till the system was ready.

National e-way bills will be ready by January 1, companies can get electronic tracking tools from January 15 and will be mandatory from 1st February. Interstate bills will be compulsory from June. This will remove the difference between e-way bills of different states.

At present, the trial is going on in Karnataka and officials say the system is working properly. 1.1 lakh e-bills are being prepared every day in the state. After being implemented all over the country, the government expects 40 lakh e-bills will be generated daily. Out of this 15-16 lakhs, which means that about 40 percent of the interstate

The official said that about 50 percent of the goods from which consumer price index is prepared will be exempted and e-bill is needed only for goods worth 50,000 and above. It will not be needed even when there is movement of goods from non-motorized vehicles.

What is e-way Bill?

This is a token, which can be generated online for regulation of the movement of goods. It will be valid in the country.

How to generate it?

– Any Supplier, Recipient, Transporter can generate it.

– Unique e-way bill number and QR code will be generated for tracking.

How will it work?

– Checking and Verification will be online reporting.

For more than 30 minutes, you can upload the information of the transporter when the vehicle is stopped.

Goods worth less than Rs. 50 thousand

– The goods being brought from the international port to the internal area.

Interstate movement in the special area set by the Center-State.

There is no chance for corruption.