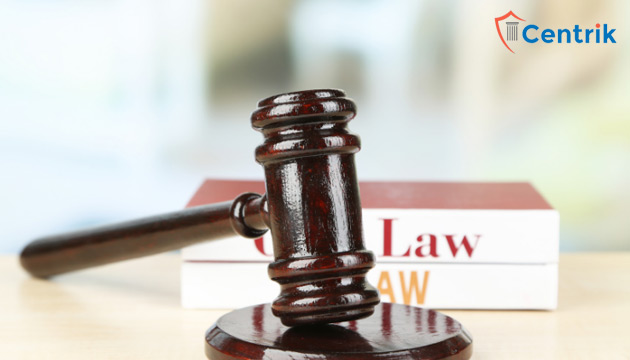 Banks and financial institutions grant loans to the corporate person only by obtaining a guarantee from a promoter/ any subsidiary of such corporations. The Indian Contract Act, 1872 deals with the extent of liability of the surety along with the principal borrower. Section 128 of the Indian Contract Act deals with the surety’s liability as the liability of the surety is co-extensive to the liability of the principal debtor. If there is any default on the part of the principal debtor, then the financial creditor can proceed against the principal debtor or the surety or simultaneously against both principal debtor and surety. The question of initiation of a corporate insolvency procedure against corporate debtors (principal borrower/ corporate guarantor) simultaneously for the same debt is raised in the judgment of Dr. Vishnu Kumar Agarwal v. M/s. Piramal Enterprises Limited and the NCLAT held that “there is no bar in the Insolvency and Bankruptcy Code, 2016 for filing simultaneously two applications under Section 7 against the ‘Principal Borrower’ as well as the ‘Corporate Guarantor (s). However, once the same set of claim applications under Section 7 by the financial creditor is admitted against one ‘Corporate Debtor’ i.e., ‘Principal Borrower’ or ‘Corporate Guarantor’, a second application by the same financial creditor for the same set of claim and default cannot be admitted against the other ‘Corporate Debtor’ i.e., ‘Principal Borrower’ or ‘Corporate Guarantor’.

In the present case, the financial creditor the bank had extended credit facility to the principal borrower i.e., M/s Mahaveer Construction, a proprietary firm, through two loan agreements in the years 2007 and 2008 for a term loan of Rupees Nine Crore approx. and an additional amount of Rupees Two Crore approx. The corporate guarantor i.e., M/s. Surana Metals Limited had offered a guarantee to the two loan accounts of the principal borrower. The stated loan accounts were declared a Non-Performing Asset (“NPA“) in the year 2010. The bank then issued a recall notice in the year 2010 to the principal borrower, as well as, the corporate debtor, demanding repayment of the outstanding amount. Then they filled an application under Section 19 of the Recovery of Debts Due to Bank and Financial Institution, 1993 against the principal debtor before the Debt recovery tribunal, Kolkata. The Financial Creditor eventually wrote to the Corporate Debtor on 3.12.2018 in the form of a purported notice of payment under Section 4(1) of the Code. The corporate guarantor/debtor replied to the notice of demand vide a letter dated 8th December 2018, inter alia, clarifying that it was not the principal borrower nor owed any financial debt to the bank and had not committed any default in repayment of the outstanding amount. The bank then proceeded to file an application under Section 7 of the IBC on 13th February 2019 for initiating Corporate Insolvency Resolution Proceeding (“CIRP“) against the corporate guarantor/debtor before the National Company Law Tribunal (“NCLT“), Kolkata. This application came to be resisted on diverse counts and in particular, on the preliminary ground that it was not maintainable because the principal borrower was not a ‘corporate person’; and further, it was barred by limitation, as the date of default was 1st January 2010, whereas, the application had been filed on 13th February 2019 i.e., beyond the period of three years. The NCLT held that the action had been initiated against the corporate guarantor, being coextensively liable to repay the debt of the principal borrower and having failed to do so despite the recall notice, became the corporate debtor and thus liable to be proceeded with under Section 7 of the IBC. And the aggrieved party appealed to NCLAT and NCLAT dismissed the order and upheld the order of the NCLT

ISSUES BEFORE THE SUPREME COURT

Disclaimer: The above article is based on the personal interpretation of the related orders and laws. The readers are expected to take expert opinions before relying upon the article. For more information, please contact us at rera@centrik.in