Penalties and Prosecution for Non Filling of Financials with ROC 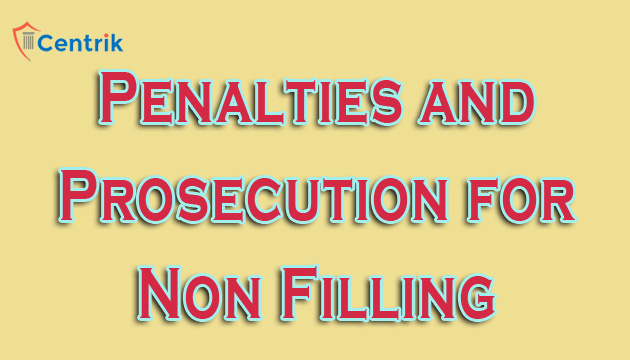 You may lend in pool of harassment and penalty if the Annual Return and financials statements are not filed on time? As per Companies Act,  this is a criminal offence for which directors and the secretary may be prosecuted with penalties. As per Companies Act, 2013 every Company have to file Annual return within 60 and Financial statement within 30 from the date of AGM to the ROC.

So you need to get pretty serious before Registrar of companies will bother taking you to court.

In this Article, we are going to discuss the probable consequences of non-filling or delay in filing of Annual Return and  Financial statement.

A) Companies act 2013 provision read as under-

As per Section 92 Every company shall file with the Registrar a copy of the annual return (MGT-7), within 60 days from the date on which the annual general meeting is held.

B) What will happen if not complied?

If a Company does not comply with the above provision for filling of above-mentioned forms within prescribed time-limit. In such situation, penalty or prosecution under section 92(5) and 137 (3) shall be initiated.

i) For delay/non-Filling of Annual return

ii) For delay/non-Filling of Financial Statements –

i) For delay/non- Filling of Annual Return

Many peoples have raised the question as to what are the consequences if Company fails to file an annual return or financial statement within 300 or 330 days from the date of AGM.

In this case, the company would be liable for the penalty or punishment provided under this Act but it can save itself from the prosecution by compounding the offence.

Compounding is essentially a compromise or arrangement between the administrator of the enactment and person committing an offence. Compounding crime consists of receipt of some consideration (termed as compounding fees) in return for an agreement not to prosecute one who has committed an offence.

A Company can apply for the compounding of offence only after rectifying the default.

It would be highly advisable to the promoters and directors to comply with the timelines for the filing of the financial statement and annual returns failure of them attract multiple penalties.