MahaRERA orders builder to not charge for open parking spaces 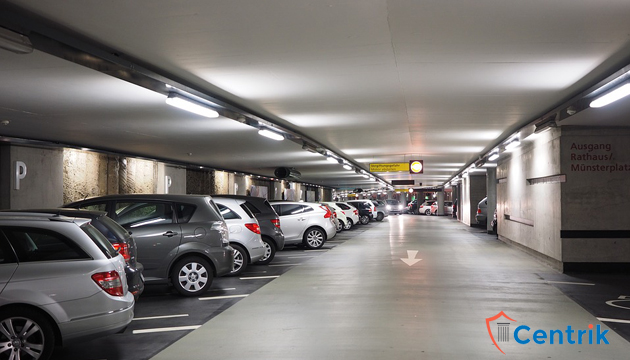 The Complainants had booked Flat 2803 in Granville-1 in Hiranandani Palace Garden project in Panvel in 2010 by paying Rs 59.63 lakh, excluding parking charges, maintenance charges, and taxes. Sunny Vista, the developer, promised the Complainants possession in June 2013. However, the realtor had taken a loan from Punjab National Bank, which couldn’t be repaid by them, and the loan became a non-performing asset. The project was then taken over by Persipina by way of auction sale under Securitization and Re-construction of Financial Assets and Enforcement of Security Interest Act, in the year 2014 and was rechristened Hiranandani Fortune City, with Shah’s building registered as Argus with MahaRERA with a May 2020 possession date.

Persipina Developers did not execute the Agreement for Sale after accepting more than 10 percent and 20 percent consideration as per RERA and Maharashtra Ownership of Flats Act (MOFA). The developer had also charged Rs 4 lakh for parking space, which was not sale-able under RERA definition, and therefore complainants should be exempted from the payment. When the flat was booked the carpet area promised was 153.47 sq meters. , or 1,652 square feet, but later it was changed to 101.77 sq meters., or 1,095.45 square feet without their consent.

Persipina Developers whereas submitted that they took over the project in the auction in Debt Recovery Tribunal (DRT) when PNB took action under the Securitisation and Reconstruction of Financial Assets and Enforcement of Security Interest Act. This was done after all the home buyers in the project urged the DRT to protect their interest. They further contended that the DRT order did not protect the date of handing over the possession of flats promised by Sunny Vista Realtors, and the change of developer was gazetted only in April 2016 after formal approval by Special Economic Zone Authority. They had to denotify the land as SEZ on the insistence of the allottees and get approval as an Integrated Township Project. With regards to the carpet area reduction, it was further contended that the original allotment letter was issued in 2010 and the carpet area was calculated as per MOFA provisions, which include open and enclosed balconies in carpet area. When Persipina registered the project under RERA, the area was recalculated as 1,095.45 sq ft of carpet area and 105.7 sq ft balcony and denied that there was any change.

ANALYSIS OF THE VERDICT:

In the instant case, it was held that there was no substance in the allegations of reduced carpet area, change in the approved layout plan. On the issue of date of possession, he ruled that since the original project was a distressed project when Persipina took over and thus had to bear additional costs to revive it as an integrated township, he would hold April 30, 2018, as the date of possession. On the issue of covered and open parking space, he compared the definitions of common areas in MOFA and RERA and observed that the entire land for the project, the staircases, lifts, staircase and lift lobbies, fire escapes, common entrances and exits of buildings, common basements, terraces, parks, play areas, common storage spaces, and open parking areas fall within the definition of “common areas” under RERA and hence cannot be charged by the developer. He came to the conclusion that the law laid down by the Hon’ble Supreme Court in Nihalchand’s case will apply to the sale of open car parking space but not covered parking space (post the change in law). And if the car parking space allotted to the complainants fulfills all the ingredients of covered parking space, only then the Persipina developers would be entitled to recover Rs. 4 lakhs as the price thereof otherwise not.

Moreover, it was directed to Persipina Developers to hand over possession on or before May 29, 2020, and pay simple interest at the rate of 10.2% on the complainants’ investment of Rs 57.78 lakh from April 30, 2018, till handing over the possession of the flat with Occupancy Certificate.