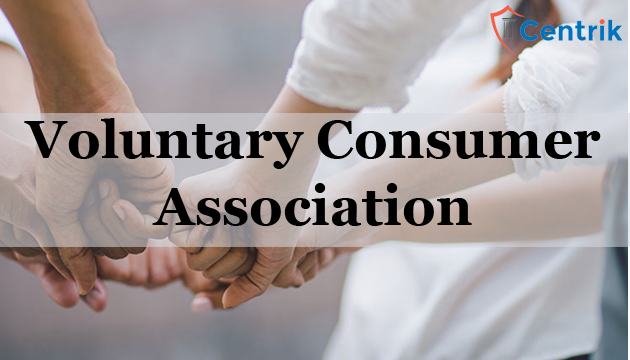 The term “Voluntary Consumer Association” mentioned under section 12(1)(b) of the Consumer Protection Act, 1986 (hereinafter referred to as “CPA”) had not been interpreted until it was referred by a three-member bench of the National Consumer Disputes Redressal Commission also known as NCDRC in the case of “Moulivakkam Trust Heights Flats Affected Buyers Association and Ors. Vs. Prime Sristi Housing Pvt. Ltd. and Ors.” [III (2017) CPJ494 (NC).”

The principle question that arose for consideration before the Commission became whether the association shaped under section 12 of CPA may be said to be a voluntary consumer association or not. For further clarification, Section 12 was referred and it was divided into three parts:

There are a few cases to provide further clarification on “Voluntary Consumer Association”:

The question arose in the case is that whether the association formed under the provisions of the Karnataka Apartment Ownership Act shall be considered as a “Voluntary Consumer Association”. For this case, the Court said that the appellant is a body which has come into existence as per the declaration made by the opposite party as required under the 1972 Act. So, it cannot be said to be a voluntary association, which means that the appellant doesn’t come under the ambit of consumer and hence, the complaint is not maintainable and there are no grounds to interfere with the order passed by the Commission.

In this case, the Commission held the very fact that the CPA permits such an association to file complaint evenon behalf of a consumer, who is not the member of such association, is a clear indication that the law wants to conferthe same rights to such association which are available to a consumer, in a case where the services rendered to a consumer are found to be deficient or defective. The Commission mentioned “Fromwhatever angle we may see, we are of the opinion that the complaint by a recognized consumer association, such as the complainant before us, is maintainable in respect of the reliefs sought in this complaint”.

In many instances, it becomes impossible for an individual consumer to sustain legal battles. The NCDRC has clarified two vital options available to the groups of consumers while instituting consumer complaints against the service providers. The judgments discussed above advance the cause of the Act, which is to empower the consumers against the powerful and resourceful builders.