Should Homebuyer under RERA be given preference under Insolvency And Bankruptcy Code, 2016

CentrikBlogsBusiness AdvisoryRERA ConsultingShould Home Buyer under RERA be given preference under Insolvency And Bankruptcy Code, 2016 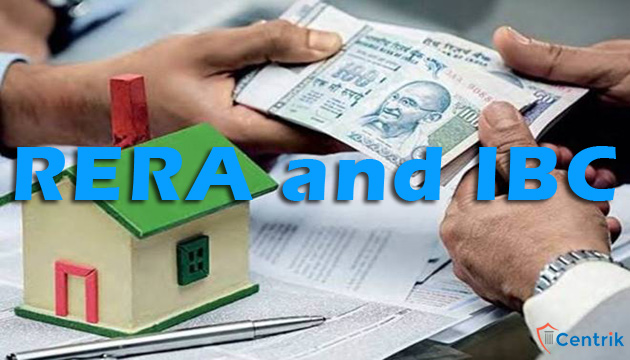 Both the Insolvency and Bankruptcy Code and the Real Estate (Regulation and Development) Act, enacted in 2016, appear to be pitted against each other as far as protecting the interests of bankers and home buyers are concerned.

While IBC allows companies to file for bankruptcy to provide relief to debtors or creditors, RERA looks at providing relief to home buyers and seeks to hold developers or builders responsible if the project is delayed.

Therefore, the Insolvency and Bankruptcy Code (Amendment Ordinance), 2018 was promulgated by the President of India on June 6, 2018. Its preamble mentions its object “to balance the interests of various stakeholders in the Code, especially interests of homebuyers” and “promoting resolution over liquidation”.

Now, it has been replaced by the Insolvency and Bankruptcy Code (Second Amendment) Act, 2018 notified on August 17, 2018.

By the effect of the amendment, the Parliament has now recognized the homebuyers as financial creditors. Consequently, the homebuyers will now find themselves in the Committee of Creditors.

This will also enable the home buyers and other allottees to be able to invoke Section 7 of IBC which allows financial creditor(s) who can be either individually or jointly to file an application in National Company Law Tribunal (NCLT) for initiating corporate insolvency resolution process against a defaulting company/promoters. Further, they have representation in the committee of creditors through an authorized representative.

However, the amendments made by the Ordinance do not restrict the right of allottees under Section 18 of RERA wherein it proves the right to allottees to file a complaint for seeking.

➢  Refund of the entire amount paid by the allottees along with interest. OR

➢  Possession along with interest of delayed period.

Thus, in the context to the above it can be construed that interest of home buyer is protected under both Acts and both came into the force to provide the relief to the aggrieved person. Further, it can be said in the interest of home buyer that they have right to file petition before NCLT and recover their dues in the queue of first creditor of the company while on other hand they also have right under RERA as prescribed above.