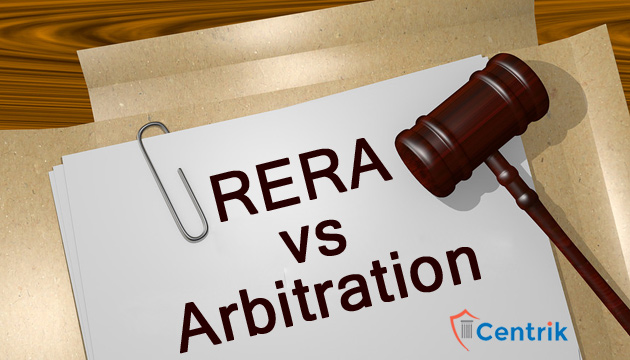 Arbitration clause allows the parties to the dispute to settle the matter outside the court.

Now the question arises will RERA supersede the Arbitration? To have an answer we can refer to the ruling of MAHARERA:

MAHARERA: A complaint against DSK Developers had been filed for delay of possession @DSK Mayurban, Pirangut; of the flats by DSK Developers by the affected party. The contract entered into between the parties stated that in situation of any conflict, the dispute shall be taken up before the arbitrating authority.

The MahaRERA bench of B D Kapadnis and the Adjudicating Officer heard the matter ruling out that Section 18 of the RERA Act provides for dispute to be brought up before the relevant local authority formed under the RERA Rules. The RERA supersedes and has an overriding effect over the provisions of Arbitration Act, 1996 (section 8 of the Arbitration and Conciliation Act,) since RERA has been enacted after the said Arbitration Act’1996.

A MahaRERA bench thereby, imposed penalty ordering the violator to pay 10.05%interest on Rs 4.54 lakh from July 1, 2017 until possession of the property in dispute hasn’t been handed over. The MahaRERA further laid down that such complaint was “maintainable under law” and acknowledged the parties as “necessary part” within the purview of law.

After above discussion we can each to the quintessential that RERA is going to override the arbitration clause in the agreement. And keeping the same in view it is advisable to the aggrieved home- buyers that they should reach before RERA for the legal recourse even if there is clause related to arbitration in the builder-buyer agreement.