RERA to take over the completion of abandoned projects 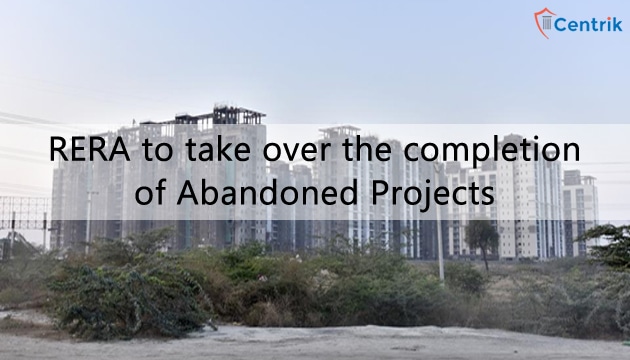 The Indian Real Estate market for long was overpowered and donned by the scrupulous & corrupt builders, which was a major worry for the innocent home buyers. The errant builders transacted in such a manner that all the transactions were lopsided in their favor only, which affected the home buyers heavily. Thus with a view to create a more equitable and fair atmosphere in the field of real estate, RERA was brought into action. By far, within a span of one year the Authorities in different states constituted under the act have achieved to bring better accountability and transparency between the builders and the home buyers.

While some builders have fallen in line, others are still absconding and have not come forward to get their projects registered with RERA. The builders who have just simply vanished or are in jail or have eloped due to major bungling done by them, the judicial process of such projects becomes a little difficult. However, the Uttar Pradesh Real Estate Regulatory Authority has found an alternate way of action to help the home buyers of such projects.

The UPRERA taking cognizance in the matters of such absconding/jailed/eloped builders have sought relief for the home buyers by way of Section 7 and Section 8 of the Real Estate (Regulation and Development) Act, 2016. Section 7 lays down the procedure of the revocation of the registration of the builder under RERA wherein the registration is cancelled and the accounts maintained by them are freezed. Further Section 8 lays down the obligation over the authority to get the work of abandoned projects completed by a third party. Thus upon combining the two stated sections the Authority after revoking the licence is firstly handing over the development of the project to the Residential Welfare Association (RWA) of such projects or thereafter secondly to a co-developer after consultation with the State Government.

In certain cases where there is a serious fraud of money, the case is being recommended to the specialized police agency in order to track the whereabouts of money of the home buyers and if possible to recover the same along with cogent criminal action upon the builder. But the sole aim of UPRERA is to either found the developer/co-developer or get the project completed by the RWA, because refund in such cases is impossible due to non-availability of sufficient funds.