RERA: Jurisdiction over the complaints where projects was completed before the enactment of the act

CentrikBlogsBusiness AdvisoryRERA ConsultingRERA: Jurisdiction over the complaints where projects was completed before the enactment of the act 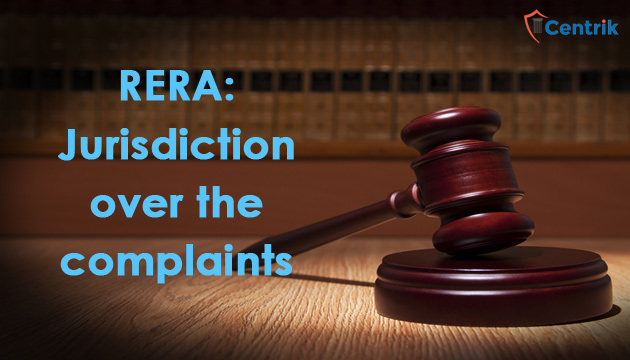 Since the implementation Real Estate (Regulation and Development) Act, 2016, the act has brought the benefits to the aggrieved home-buyers in huge quantum but still after a year there are multiple issues over various provisions of the act which needs to have some clarification.

Recently, the HRERA, Gurgaon has decided the matter, wherein it was stated that the RERA Act, 2016 applies to all the real estate projects even though the project has received a Completion Certificate before the implementation of RERA Act, 2016 i.e. May 01., 2017.In this regard, KK khandelwal, the chairman of HRERA Authority, Gurugram, said that RERA can entertain the matters or disputes between the developers and the buyers where CC was received before the law came into effect.

In some other judgement by HRERA, Panchkula, which was ruled in favour of the home buyer, the Bench sited the Section 11 of the RERA Act, 2016, wherein the promoter has to fulfil all the terms and conditions of the sales agreement and it is nowhere mentioned that only the promoters of registered project have to comply all the obligations. In this case also TDI completed the project before RERA came into effect.

Besides, Section 34 (f) of RERA Act, 2016 clearly says the authority has to ensure the compliance of the all the obligations cast upon the promoters. Hence, the HRERA bench is of the opinion that it is well within the right of the authority to adjudicate on the matters of any real estate project.

At last, we can infer that, the grievance redressal of the home buyers is not only about the registered projects under RERA, the act ostensibly says that any breach or violation of the obligation as per the provisions of the Act shall be adjudicated by the RERA Authority.