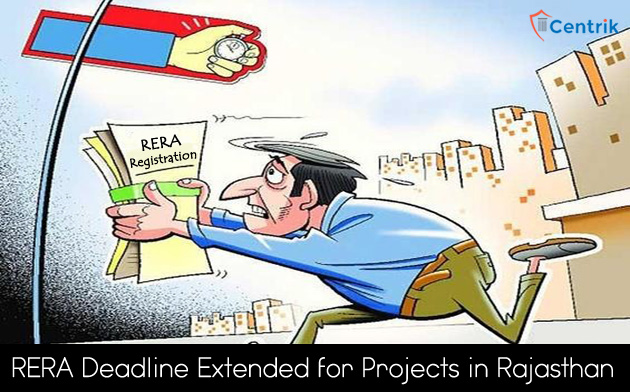 The developers in Jaipur can now register for the Real Estate Regulatory Authority (RERA) Act by compensating 4 times the registration fee till August 31, 2017, as the RERA deadline has been extended by the State government.

As per the RERA Rules, the RERA Registration fee for the developers upto previous RERA deadline i.e. July 31 of this year was Rs 10 per square meter but they will have to compensate 4 times of the registration fee i.e. Rs 40 per square meter notified by RERA Rajasthan Authority dated August 10, 2017. A RERA official informed that if the developers failed to register before the extended RERA deadline they have to compensate 10 times of fees for registration.

With reference to the RERA Act section 3(1), no developer can sell or advertise their projects before registering them with RERA Authority. For the betterment of developers, the State Government of Rajasthan launched its RERA website on June 1. After the launch of the portal, it was mandatory for the developers and agents to register themselves on the portal before the previous RERA deadline.

The developers alleged to extend the deadline as the RERA website was launched a month later. A lot of time was wasted due to the faulty Rajasthan RERA website, also RERA staff was not appointed which also came as a hurdle.

Finally, the new RERA deadline is August 31, 2017, the State government is expecting the developers to register before the deadline so that they do not have to face the forfeit.