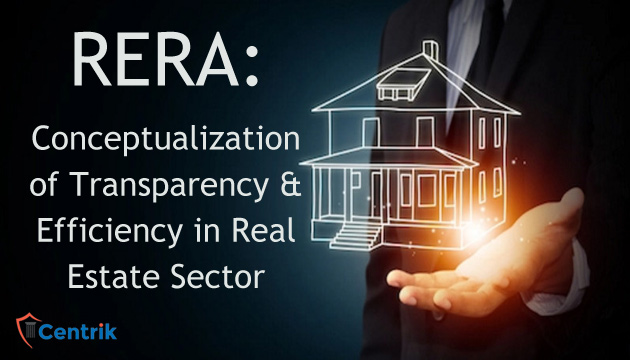 The Real Estate (Regulation and Development) Act, 2016 (RERA), is primarily known to cater the needs and protecting the interests of home buyers . However, a true picture of RERA shows that RERA is an all – embracing protector and promoter of the real estate sector including the developers and real estate agents. The same is evident from the powers and functions delegated to the RERA authority mentioned herein below:

Bestowed with the responsibility of registering and regulating real estate projects and agents, RERA authorities are mandatorily required to publish and maintain a website of records, for public viewing, of all the registered real estate projects. Similarly the law mandates maintaining database and publishing details of the defaulting promoters as well as details of real estate agents whose registration has been revoked or rejected. Some of the other functions of RERA authority in relation to ensuring transparency in real estate sector include:

RERA being the first regulator of the ever expanding real estate industry has vested innumerous supervisory and regulatory powers to the RERA Authorities. With the execution of this Act and the foundation of State-level RERAs, each developer propelling any private task with region of more than 500 square meters or eight flats, needs to enlist it and upload all project details with the RERA authorities site even before advertising/ marketing,/selling or offering to sell any proposed project. Similarly, all real estate agents need to register themselves with the RERA authorities prior to any sale or purchase of any plot, apartment or building

Additionally, RERA Authorities are also empowered to make recommendations to the government for growth and promotion of a healthy, transparent, efficient and competitive real estate sector. Some of the other regulatory functions include:

RERA act being landmark legislation in the field of real estate has provided for formation of state specific RERA authorities to adjudicate over disputes arising between the developers and buyers. Any person aggrieved by violation of any terms & condition of builders buyers agreement or violation/ contravention of any provisions, rules/regulation made RERA, can file a complaint with the RERA authority under Section 31 of the Real Estate (Regulation and Development) Act, 2016. Such dissensions can be made against promoters, allottees or potentially land operators. Most state government rules, made appurtenant to the RERA, have laid out the system and frame, in which such applications can be made. To counteract time slacks, the authority is by law required to decide upon the pending complaints within a span of 60 days. However, the same may be extended by recoding the reason of delay in writing. Further, any person including the developers and real estate agents if dissatisfied with the decisions of the authority may appeal the Real Estate Appellate Authority (REAT) within the law mandated time period.

The power of RERA authorities are not restricted to entertaining/ adjudicating over complaints filed with them. Under section 35 of RERA Act , RERA authorities can own its own (Suo motu) take action against promoters, allottee or real estate agents

IN SPITE OF BEING HIGHLIGHTED AS A BOON IN THE REAL ESTATE SECTOR , AS PER THE RECENT DEVELOPMENTS , THE REAL ESTATE MARKET IS ENCOUNTERING DISCORD AS DISORDERLY PLAYERS WHO REPRESENT 90% OF THE BUSINESS,  BATTLE TO ADAPT TO STRINGENT CONSISTENT STANDARDS UNDER RERA PROMPTING A PROGRESSION OF MISERY DEALS