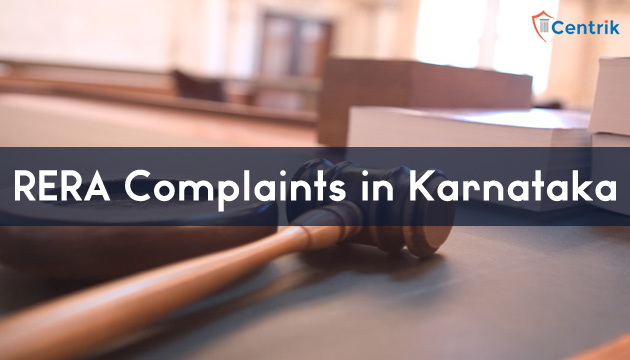 Karnataka RERA: Karnataka (Real Estate Regulatory Authority) is the authority made for homebuyers so that they can get relief and developers cannot exploit them. Under RERA Act if developer is failed to give possession on time or as per promise does not give which was asked by the buyers in that situation he has to give the money back to the buyers.

In many of the cases the initial money was asked by the authority to repay the buyers and was made public and uploaded on the website (https://rera.karnataka.gov.in) under the “Complaint” head which was made recently by the website. The complainants have to file the complainants under Form ‘A’ of Section 31 of the Real Estate Act.

The complaint application would include the particulars of the complainant and the respondent against whom the complaint is being made. IT would also include the registration number along with the address and other details of the project for which the aggrieved buyer is complaining or inquiring.

Lately, Indiranagar-based developer ‘Paranjape Windfields’ was ordered by the court to repay `52,06,901 to complainant Kunal Patil of Basavanagara in connection with the ‘Windfields’ project. Patil had filed a case against the builder stating that the carpet area in the flat he had purchased was lesser than what was initially promised by the builder. The RERA court heard the case on January 18, 2018. The court heard the matter and both the parties came into agreement that builder would pay the buyer the interest amount for the loan. “The amount needs to be paid to HDFC Ltd by the builder and the bank needs to handover the NOC to the buyer for his flat (C504). After the NOC is obtained, the adjudication officer has also asked the builder to pay an additional amount of `18,19,547 as interest and tax amount paid by the buyer,” as per the sources.

The first person to get its money refunded `9,00,064 by Sriram Properties was T Sandeep after he filled complaint with RERA. Among 22 cases 11 of them were registered against a single project ‘Unishire Terraza’ in connection with delay in completion of work, as per RERA Official. The court made them sign the mutual agreement to compromise.

As for now under KRERA 485 projects across the state are under investigation and the website has listed them with their addresses. As many as 1,259 projects have been registered across Karnataka under RERA while 414 more projects are being processed.