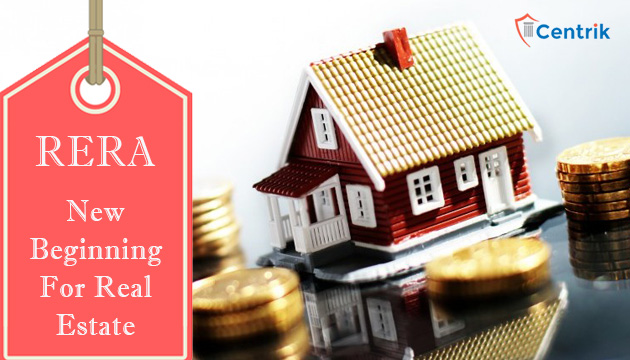 Section 84 of the Act stipulates that “The appropriate government shall, within a period of six months of the commencement of this Act, by notification, make rules for carrying out the provisions of this Act.

According to the notification commencing the act, rules under the act have to be formulated by the central and state governments within a maximum period of six months—by October 31,2016—under Section 84 of the act. RERA was enacted basically to protect the interest of ultimate customers of Real Estate industries. Before RERA, there was no act to regulate real estate industries.

Key element in the introduction of the RERA is the protection of the buyer, where the regulators will have the continuous monitoring system in place to ensure that the buyer are not cheated at large and their invested monies remain safe.

Under this Act, registration is mandatory for both promoter/developer or real estate agent.

The Registration Certificate to be granted to these agents will be valid for the stipulated period, which will be prescribed in the state rules, and the same are subject to the renewal. Thus, this will ensure the compliance by the real estate agents, because renewal procedure will again subject to the various documents to be submitted with the application for the renewal of the registration certificate.

Exemption from the Mandatory registration with the authorities

a) Where the proposed land is less than 500 sq. meters (Central Government can reduce the threshold limits) / number of apartments is less than 8.

c) For renovation, repair or re-development of the project, where marketing, advertisement, selling or new allotment of the apartment, plot or building is not involved

How will it Protect the Interest of the Buyer?

One of the biggest relief to the buyer given by RERA is the mandatory opening of a separate bank account by the promoter and to deposit 70% of the amount received from the buyer in the said account. A promoter can utilize the amount in the bank only for the purpose of construction of the project.

Further, promoter should get his financial statement audited within six months after end of every financial year and the same to be certified by the Chartered Accountant in practice. Auditor has to verify the project for which the promoter has received the amount, and the same has been used for the purpose it is received.

Pursuant to the section 84 of RERA, it is the responsibility of the state government to enact and notify the rules on RERA for their respective states. Central Government has also released their general rules “Real Estate (Regulation and Development) (General) Rules, 2016” on October 1, 2016 and this rule will be applicable to the five Union Territories of India.

Highlights of this rules are laid down below: