RERA: A Daydream for Haryana to Come True 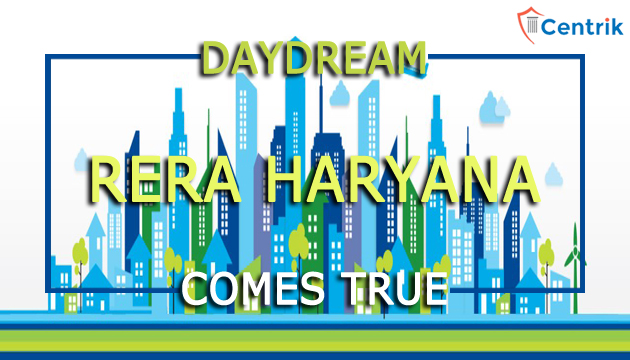 RERA (Real Estate Regulatory Authority) Act 2016 was already notified in states including Uttar Pradesh, Gujarat, Rajasthan, Maharashtra, Bihar and Madhya Pradesh etc. where Haryana was nowhere to be seen. Although RERA Rules were drafted but were not notified. Finally, the Haryana Cabinet has discussed Haryana RERA Rules, making Haryana 23rd State has notified the RERA Rules.

Some decisive steps have been taken by the Cabinet on what the interpretation of ‘ongoing projects’ will be, differential pricing for registration of real estate projects, and penalty clause.

The amendment in a definition of “Ongoing projects” says that projects, where completion or occupancy certificate or part of it has been issued, will be excluded from RERA Registration.

In the case of residential/industrial plotted colony, the rate would be applicable for the gross area of the colony.

Crooked elements who were alluring home buyers in real estate without any legit will now be weeded out which will make real estate industry organized and professionalism with respect to home buyers. Till now 25 developers have registered with regulator manually and around 1,500 licenses have been issues in Haryana.

The draft for RERA Haryana (Regulation and Development) 2017, were notified dated April 28, 2017, and opened for suggestions/objections from the public and another stakeholder. Some 1874 suggestions/objections were received from promoters, their associations, allottees welfare association, and individuals. However, home buyers are not satisfied as the Cabinet has approved the adulterated Haryana RERA. The home buyers are disheartened as they were keeping their hopes on RERA Haryana to provide them relatively quick justice and assurance of regulated environment but the authority has further increased their grievances by rupturing the prospect.

Source – Moneycontrol.com & The Times of India