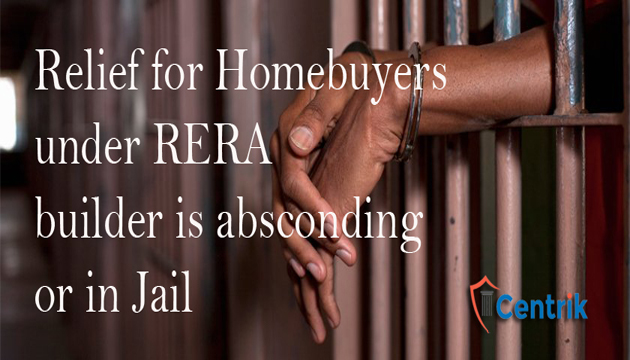 The builders have miserably failed to handover the possession to the homebuyers for many years which has created chaos in the real estate sector. Therefore, the homebuyers started approaching various forums in order to get their reliefs such as filing of criminal complaints, approaching the various other forums.

Such criminal complaints filed against the builders hauled to their imprisonment. However, such imprisonment hasn’t proved to be fruitful in reality, rather their projects still remain incomplete and no work is being carried out leading to non-delivery or delayed delivery.

The imprisonment of the builders is only affecting the homebuyers whose money is stuck in their project and are left with no recourse.

Now due to such chaos in the real estate sector, the legislature implemented the Real Estate (Regulation and Development) Act, 2016 for the smooth functioning of the sector.

This law has opened doors for the homebuyers whose hard-earned money is stuck in the project which are delayed or incomplete as the builder is jail.

Powers of the Authority in cases where the builders are absconding or in jail:

When the homebuyer brings it to the notice of the authority that the builder is absconding or is in jail, the authority under Section-8 of the Act will rescue the homebuyers by handing over such incomplete project to the registered association of the allottees of such project subjects to the conditions below:

This initiative by RERA will prove to be very fruitful to the homebuyers whose hard-earned money is stuck installed project wherein the builder is absconding or in jail.