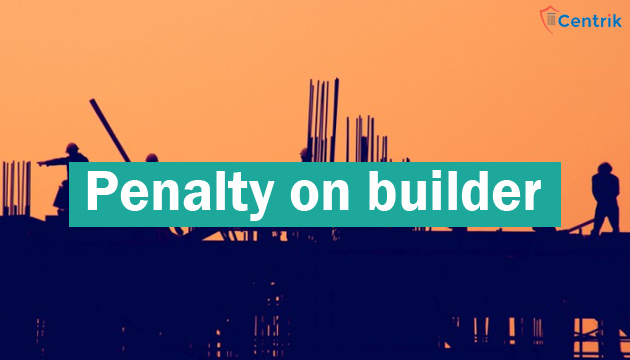 Last year MahaRERA had setup a Conciliation Forum for aggrieved homebuyers who can approach the forum to get their grievances solved, before lodging complaints with the Maharashtra Real Estate Regulatory Authority (MahaRERA). If the parties i.e. the aggrieved homebuyer and the builder agree, a consent agreement was executed between them thereafter both the parties were to abide the said agreement executed before the conciliation forum. The forum had amicably settled more than 75% of the matters but to one’s dismay, many builders have now started defaulting in making payment as per the agreed term of the settlement agreement.

That one of the developers namely Nirmal Developers launched Nirmal Olympia, a 54-storey project with four wings, wherein the proposed date of handing over the possession was 30th June 2013, but the builder revised the dated to 31st December, 2024, while registering the project with MahaRERA.

A group of homebuyer had filed a case before MahaRERA with respect to above named builder namely Nirmal developers for compensation for delay delivery.  After few hearings the developer and the parties came to a settlement and an agreement was signed between both the parties which was submitted before the Maha RERA.

As per the terms of the agreement, the developer was to refund of Rs 35 crore in four instalments between April and December this year. However, the developer failed to pay as per the terms. Thereafter the association filed online execution applications with MahaRERA.  The buyers stated that the developer promptly paid the first instalment, but defaulted on the instalment scheduled for July. Then the July installment was to be paid in the month of October which the builder did not pay. The Authority has now directed that if the developer fails to pay the second instalment by December 5, the developer will have to deposit a penalty of Rs 1 lakh with MahaRERA for every day of delay till the payment is made under Section 63 of the Real Estate (Regulation and Development) Act.

In the end we can say that the RERA is not going to spare any of the acts of the builder which affects any of the right of the buyers.