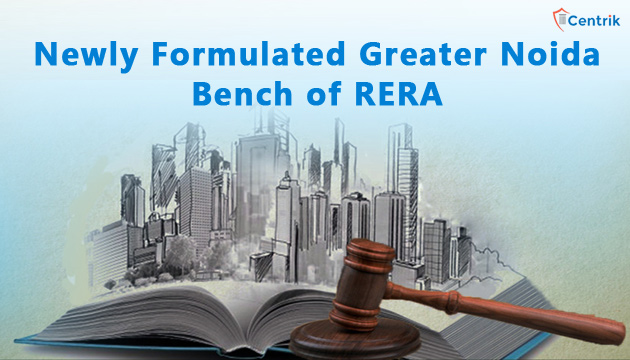 States under the newly implemented real estate law are obligated to formulate Real Estate Authorities in their respective states in order to facilitate the implementation. Uttar Pradesh is 4th largest and the most populous state in India. Many parts of Uttar Pradesh such as Ghaziabad, Noida touch the NCR region where the society culture is in its prime.

Uncountable homebuyers have invested in house properties across the state of Uttar Pradesh. Initially, the major bench of RERA was set up only in Lucknow with two benches at Meerut and Hapur. After looking at the bulk cases in the state a bench was made operational in the city of Noida on 4th September, 2018.

So far, the bench has heard 300 cases on incomplete Real Estate projects and have received more than 3,340 complaints pertaining 722 projects in Uttar Pradesh. 70 percent of projects are from Noida, Greater Noida and Ghaziabad. “Majority of complaints are with regard to non-delivery of projects and commitment not met by builders. Homebuyers either want delivery of homes along with interest penalty or have given up hope and want their money back with interest,” Balwinder Kumar, member UP RERA bench stated. The authority plans to appoint adjudicating officer in order to decide on compensation and also a reconciliation officer in order to promote outside court settlement.

The authority officials further stated that in case of Earth Infrastructure they may have to pass ex-parte orders as the directors are in Jail.  Matters which are sub-judiced before the Apex Court are not being taken up the bench. The bench is also not taking cases against the projects which have already received a completion certificate.

The bench is also trying to take up issue from all sides. Things like quality check in case of registered projects may be looked into. In case of last mile funding many projects have faced the fire thus the authority is trying that the projects settlement policy be made simpler so that more people can benefit under the policy.

As they say “well begun is half done”, the western UP RERA has taken a good start in resolving the issues of the buyers. Rest, the time will tell how effective the orders passed by the authority will operate.