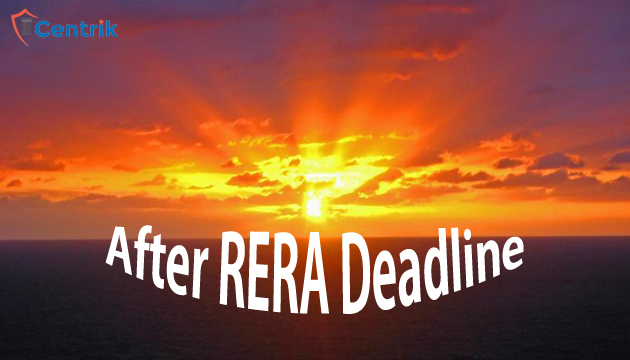 The run for registration of ongoing projects under Real Estate Regulatory Authority (RERA) Act 2016, will finally ended yesterday. The RERA Act, also known as Central Act came into force on May 1, 2017, whose pattern was supposed to be followed across the Country. An escape window of 90 days was provided to the developers so that they can register their new and ongoing projects under RERA.

For the convenience, every State was supposed to notify the RERA Rules and a website had to be launched where developers could register with their mandatory documents. With reference to the current scenario, few States could notify the RERA Rules and launch its website within prescribed time where developers could register online, States also accepted physical RERA Registration as they couldn’t launch the RERA website.

However, there are States who have still not notified the drafted RERA Rules, no reports have been given voice as to what can be next step by the Central Government for them.

As per 1st proviso of section 3(1) of RERA Act, all the on-going projects needed to get registered with respective State RERA Authority within 90 days which has expired today. Developers who failed the RERA Registration process will not be able to advertise their projects and will be liable for a whale of penalty.

The Central Government has been adamant about the law as it is a route to bring affordability and transparency among builders and consumers and increase investment in the Real Estate sector and therefore no extension has been granted for the RERA Registration for builders. Nevertheless, what happens after RERA deadline is still a million-dollar question. As per the source, builders may have to pay relinquishment of amount 5-10% of the total project area and continuation of breaking the law may lead to imprisonment. There is still NO physical proof of what may happen next. The morning after RERA deadline is going to be the one everyone will look up for.