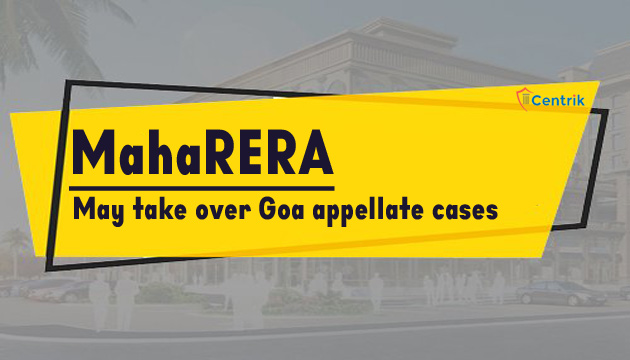 RERA (Real Estate Regulatory Authority) is a term that speaks for itself and which has proved to be a boon for the real estate sector. After RERA was brought into action the Real Estate Sector has touched new heights, wherein the unscrupulous builders are being punished by the RERA and the aggrieved home buyers are being provided justice within a quick span of time.

As of now, 28 states have adopted and notified the Real Estate (Regulation and Development) Act, 2016 and have also notified & implemented the state rules as well. Although some states still do not have their Appellate tribunals, which is the point of distress. However, the nearing states have been adopting the policy of having one Appellate Tribunal for two states.

In a recent development, the Real Estate Regulatory Authority, Goa has written to the MAHARERA (Maharashtra Real Estate Regulatory Authority) with the proposal to its appellate tribunal to hear appeal cases on behalf of Goa RERA. The Goa RERA has received the lowest of the Complainants in the past one year than any other State and keeping the same in mind the request to direct appeal to the MAHARERA appellate tribunal has been made.

That till date Goa has received only 20 complaints from the aggrieved home buyers and have passed 3 formal order, wherein the Authority is being single handedly headed over by Mr. Sudhir Mahajan, on an interim basis. Although other names have been shortlisted but the Government has not approved the same and asked the panel for more recommendations.

Until now, a formal answer from MAHARERA is awaited for the transfer of the appeal cases and only after the same the appellate process will be made available to the judgment debtors.

Maharashtra is the leading State as far as the RERA implementation is concerned and if the MAHARERA Authority accepts this proposal it would be the another milestone for them.