MAHARERA: Disclosure of Pending cases of the project by the Builder 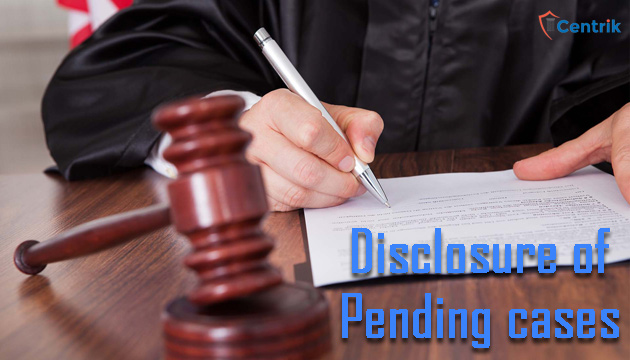 In a recent turn of events, the Maharashtra Real Estate Regulatory Authority (MAHARERA) has passed an order against a developer for non-complying with the mandatory disclosure norms under section 4 of the Real Estate (Regulation and Development) Act, 2016. Section 4(2)(b) of the act provides that:

S.4 (2)(b):    The promoter shall enclose the following documents along with the application referred to in sub-section (1), namely: — (b) a brief detail of the projects launched by him, in the past five years, whether already completed or being developed, as the case may be, including the current status of the said projects, any delay in its completion, details of cases pending, details of type of land and payments pending;

The regulatory authority passed the order asking the developer to disclose the litigations pertaining to his project online on its website in order to alert the Homebuyers. The order is an ex-parte order with chances that a formal hearing may be conducted later as the developer was given 15 days’ time to upload the details pertaining to the litigation. In the present matter, it was the claim of the complainant that he was the actual owner of some portion of the land where the complainant developer SSV realtors were developing the projects ‘Laaffaires Avenue Commercial’ and ‘Laflor Residency Commercial’. Further, in his allegations, the Complainant stated that the developer failed to reveal the details of the pending litigation regarding challenge to the declaration of slum on the project Land. The order also stated that the matter is pending before the Bombay High Court.

The order by the regulatory authority reads as: “In view of the above facts, the respondent (1) is directed to upload full and complete disclosures, specifically, the litigation mentioned by the complainant in their MAHARERA registration as required under section 4 of the said Act and the rules and regulations made there under, within 15 days from the date of this Order,”

This is not the first instance when MAHARERA has passed an order asking a builder to disclose the mandatory details under S. 4(2)(b) with a similar order being passed in the month of January, 2018 against Pune based Kumar Builders.