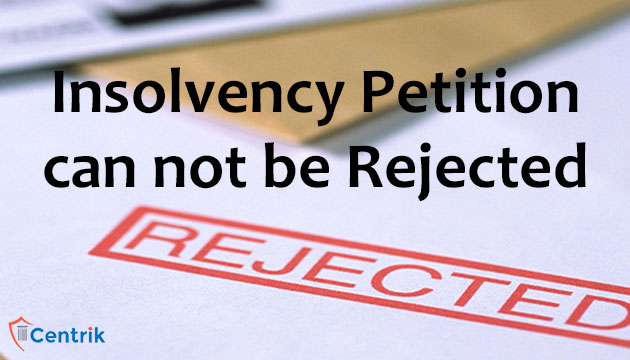 In a recent decision by the Hon’ble National Company Law Appellate Tribunal [NCLAT], a three-judge bench has held that no claims of the Operational Creditor can be rejected on account of the dispute raised by the Corporate Debtor after the demand Notice under Section 8(1) of the Insolvency & Bankruptcy Code, 2016 has been served on him.

In the aforesaid matter, [Operational Creditor], had filed a petition for initiating insolvency proceedings under S­ection 9 of the Code against the Corporate Debtor for their outstanding payment of Rs.6.51 Crores. During the proceedings, it was alleged by the Corporate Debtor that the there already exists a “disputed claim” for which the Arbitration proceedings have also been initiated. Taking into the cue that the claim falls within the ambit of “disputed claim”, the Hon’ble NCLT dismissed the petition.

However, the same was rectified by the Hon’ble NCLAT upon an appeal filed by the Operational Creditor. That vied the final order dated 23.07.2019 the Hon’ble NCLAT by taking into account the judgment of “Mobilox Innovations Pvt. Ltd. vs. Kirusa Software (P) Limited passed by the Hon’ble Supreme Court, clarified the entire issues of the disputed claim under Section 9 of the Code.

The Hon’ble Supreme Court in the Mobilox judgment had referred to a few points to be taken into consideration by the Adjudicating Authority while deciding Section 9 Petition, which are:

That in consonance to the above-stated requisites, there should be a pre-existing dispute pending between the parties, any dispute arising after the receipt of demand notice will be void and cannot be taken into consideration; owing to the fact that the dispute raised after the demand notice will be the dispute created fraudulently in order to delay the court proceedings and harass the operational creditor. Thus, taking into cognizance the same view, the Hon’ble NCLAT realizing the fraud being played by the Corporate Debtor upon the Operational Creditor and NCLT, remitted the matter back to Hon’ble NCLT with the directions to admit the case against the corporate debtors and initiate insolvency proceedings against it.

Thus, in conclusion to the same, the prominence of Demand Notice under Section 8(1) of the Code for a Section Petitioner has been reiterated once again by the Hon’ble NCLAT. The Demand Notice is the last opportunity given to the Corporate Debtor to prove its bonafideness against the claims raised by Operational Creditor, apart from other notices and mails for recovery. Once the same is not disputed by the Corporate Debtor or no probable answer it given to the same, the default becomes absolute. No proceeding initiated after the receipt of the same will be considered as dispute as the same will be done solely for the purposes of exaggerating the matter and harassing the Operational Creditor.

That as a matter of fact, every Corporate Debtor will try to save itself from Insolvency proceedings by adopting any deceptive measure or creating false/unlawful proceedings, but it is for the adjudicating Authority to not let the deceptive measures fall in the way of justice.

This article is subject to copyright of Centrik.

Disclaimer – The above article is based on the personal interpretation of the judgement and related laws, for the general law awareness purpose. The readers are expected to take expertise opinion before placing reliance on it. For more details please reach us at support@centrik.in