The Insolvency and Bankruptcy Code, 2016 is not Interest Recovery Code 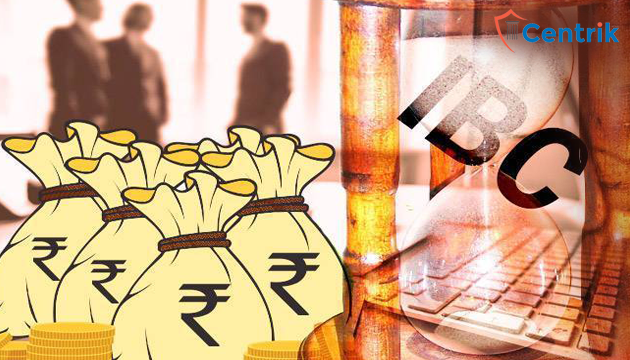 The application was filed for unpaid financial debt in the amount of Rs.1,76,04,484/-. However, the Applicants submitted before the bench that the principal amount of Rs.1.5 Crore has already been paid by the Corporate Debtor, and only an amount of Rs.64 lakh is left to be paid towards the interest component. Respondent confirmed the same before the bench.

Since the principal amount in default does not surpass the threshold of Rs.1 Crore, the Bench directed the Applicants to convince the Bench of the maintainability of the application.

“Whether the CIRP can be initiated/triggered solely based on the unpaid amount of interest when the entire principal amount of debt has been discharged by the Corporate Debtor”.

The Applicants submitted before the bench that the Respondent discharged the liability towards the principal amount during the pendency of the application. Thus, the application was maintainable. It was also submitted that the term “financial debt” as defined under Section 5(8) of IBC, 2016 includes the interest component.

The Bench observed that the interest is not included in the term “debt” per se. Rather, the “interest” can be claimed as “financial debt” only if such debt exists.

Therefore, NCLT held that the “interest” component alone cannot be claimed or pursued, in absence of the debt, to trigger a CIRP against the corporate Debtor. Further, the application pursued realization of the interest amount alone is against the intent of the IBC, 2016.

The CIRP against a Corporate Debtor cannot be initiated/triggered solely based on the unpaid amount of interest where the entire principal amount has already been discharged by the Corporate Debtor.

Disclaimer: The above article is based on the personal interpretation of the related orders and laws. The readers are expected to take expert opinions before relying upon the article. For more information, please contact us.