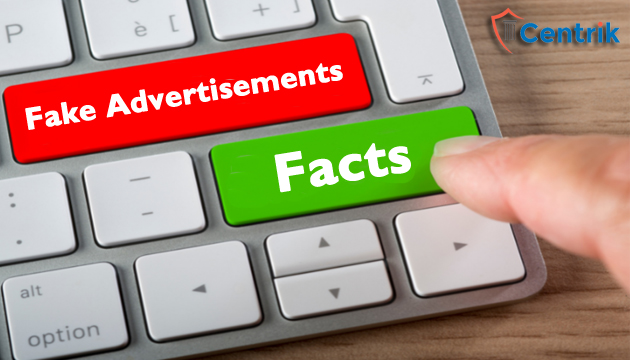 The Indian real estate sector is indeed growing but along with frauds and scams associated with it. Fake advertisement of real estate projects is one such fraud played by the developers for a long time. Fake advertisement is the opening gate for a trap that is set up by the builder. At the initial stage of the project, builders need huge funds & investors so they make big announcements through their advertisements to lure people to come and invest in projects. People are invited at the project site and there they are welcomed very nicely. Shockingly, that will be the only times when you will see labor working there. Then there will be a big list of fake promises that will be kept in front of people and this will let them invest in the project.

The biggest false promise that is made to the homebuyers is the guaranteed possession on time. One can never expect the possession on the date given by the builder. Though there will be a fixed date for the handing over of possession in the BBA but along with other arbitrary clauses automatically extending the time of possession. The irony is that such developers ensure to hand over possession much earlier than the date mentioned in the agreement, stating it as just a formality but the reality is that you will keep running behind the builder for possession even after the lapse of the date of possession.

Some of the other fake promises made by the builder-

Points to check before booking your unit

It is very difficult to check each and every detail of the builder and the concerned project as there would always be some loophole left which will later cause chaos in your life but still one should make every effort possible to verify all the details of the builder & project before investing their life time hard earned money in a project. One has to be extra cautious and smart to not get attracted towards the fake promises of getting great advantages by making the deal as no one is giving you anything from their own pockets, it’s just a trap set up for you.

UPRERA has recently issued a big order in regard to builder buyer transparency. According to the order, now the developers/builders have to mention a special number that is the Registration number at the time of marketing & advertisements failing to which action would be taken on concerned developers/builders. To avoid such malpractices by developers, UP-RERA recently passed an order making it mandatory for all the developers to mention the Registration number in the advertisement along with a link to RERA website. After this a buyer can directly go to the RERA website through the link provided and have access to all the information of the project himself. Registration of a project provides all the crucial details about the project and the developer in government record and also in public domain. This cuts off the chances of any kind of fraud or frivolous activity by the developers.

Even after making all the efforts possible, you still find yourself in a trap then file a RERA complaint against any such builder as soon as possible. You can file a complaint before RERA Authorities either for possession along with a delay penalty or for refund along with compensation. You can also knock the doors of NCLT if you are a group of 100 homebuyers or 10% of the total homebuyers of such projects. Right legal advice plays a very important role in showing you a right legal path with an effective remedy.

A simple deal will never have special promises which can’t be fulfilled. It’s a usual tendency for a common man to get lured by special offers but you have to keep in mind that no one is spending a penny from their pockets for doing something extra for you. The more simple the deal is the more are the chances of getting it executed effectively. You should invest in the project after observing all the details closely and not just blindly because of some special deal offered by the builder. Being a responsible investor,  it is your prime duty towards your own self to be vigilant and to keep your eyes open before entering into any deal offered to you.