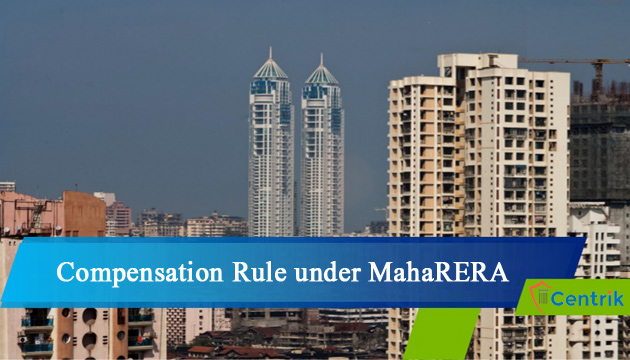 This article is about Maharashtra Real Estate Regulatory Authority (MahaRERA) and how it rejected complaints of a number of home buyers, who invested their hard-earned money in Bhagtani’s Serenity project in Powai, citing absence of a registered agreement for sale, as provisions of Section 18 of Real Estate (Regulation and Development) Act, 2016 (RERA) do not apply here.

The aforementioned group of people had booked flats in Bhagtani’s Serenity project in Powai and as per the allotment letters handed over to them, one of the clauses contained therein stated that if the project approvals do not come forth, the investments will be refunded with 15% interest. Same allotment letters were issued to buyers in Sapphire (Dahisar), Riyo (Mira Road) and Savannah (Kanjurmarg) housing projects.

According to an order dated December 29, Adjudicating officer and Member of MahaRERA, Bhalchandra Kapadnis said, “Section 18 clearly says that a promoter/ builder is liable to pay compensation or interest if he is unable to give possession of an apartment to home buyers or he fails to complete the project in accordance with the terms of agreement for sale.”

Home buyers were disappointed with the ruling of the regulatory body as they expected it to take cognizance of their complaints. Many of them protested about alleged misuse of the Act by builders. One of the complainants, Col Tej Kohli (retd) who invested Rs 20 lakh in Bhagtani Sapphire project in Dahisar in 2012, but after some time transferred it for a 1BHK flat in Serenity said, The promoter hasn’t signed the agreement for sale with 90% of the buyers in Serenity though many of us have paid nearly 30% of the flat’s cost.” The promoters/ builders have registered only 1 building with the regulatory body to escape inspection and lied to the authority that not a single of the 77 flats have been booked, whereas so many allotment letters were issued and money was collected. Another complainant Mr. Manjit Singh, said, why can’t MahaRERA take cognizance on home buyers’ complaints?”

Maharashtra Real Estate Regulatory Authority (MahaRERA) must address the concerns of buyers and comply with Section 18 of RERA, 2016 and give compensation due to home buyers in accordance with interest rates stipulated in the section to put an end to this long drawn crisis.