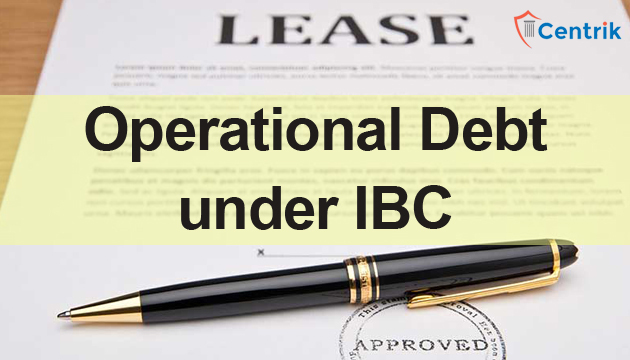 The Hon’ble National Company Law Appellate Tribunal, New Delhi bench in Mr. M. Ravindranath Reddy Vs. Mr. G. Kishan & Ors. 12/2019 (IBC)12 has held that claims towards rent of leasehold property do not fall within the definition of the operational debt in terms of Section 5(21) of the Insolvency and Bankruptcy Code, 2016.

A verdict of the Hon’ble Tribunal :

Lease of immovable property cannot be considered as a supply of goods or rendering of any services and thus, cannot fall within the definition of ‘Operational Debt.’

NCLAT based its decision on the following: