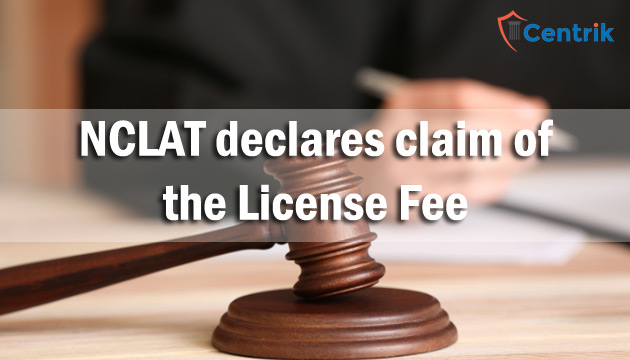 NCLAT five Judge Bench held that claim of the rental lease will be treated as operational debt under Section 5(21) of the code.

In the case of Jaipur Trade Expocentre Private Limited (Jaipur Trade) v/s Metro Jet Airways Training Private Limited (Metro Jet), both parties entered into the license agreement for the purpose of using the demised premises for running the Educational Institution.

The said license agreement was agreed for a term of five years and the license fee was fixed at Rs.4,00,000/- per month plus govt taxes.

Initially, Metro Jet made regular payments to the Jaipur Trade but later on, they defaulted the payments. Even, cheques amounting to Rs.20,00,000/- issued in favour of Jaipur Trade were dishonoured.

Adjudicating Authority dismissed the application filed by the Jaipur Trade on the ground that the claim arising out of the license to use the immovable property does not fall in the category of goods & services and therefore, Section 9 Application is not maintainable.

Jaipur Trade contended that the premise was rented for the purpose of running an Educational Training institution and the provision made under the license agreement is for service, as mentioned under Section 5(21) of the Code. Hence it is qualified as operational debt under the ambit of the Insolvency and Bankruptcy Code, 2016.

Metro Jet Airways opposed the contention raised by Jaipur trade that the lease rental doesn’t come under the definition of operational debt as per Section 5(21) of the code, therefore it cannot be termed as operational debt. To prove their contentions, they relied on two precedents namely “M. Ravindranath Reddy v/s G. Kishan & Ors” and “Promila Taneja v/s Surendri Design Pt. Ltd”.

NCLAT noted that the definition of operational debt as mentioned under Section 5(21) of the Code provides that the operational debt means a claim arising out of provision of goods and services but the term “services” is not defined anywhere under the IBC.

Hon’ble NCLAT also noted that the BLRC report which relied upon the Hon’ble Supreme Court case namely “Mobilox Innovations v/s Kirusa Software”, explicitly provides that a lessor can be treated as an operational creditor.

NCLAT held that the judgement of three judge bench of NCLAT in the case of Mr. M. Ravindranath Reddy Vs. Mr. G. Kishan & Ors, does not lay down the correct law as it has referred to provisions of Section 14(1) which has nothing to do with the extent and expense of “operational debt” under the Code.

The bench further held that judgement of NCLAT in the case of Promila Taneja vs. Surendri Design Pvt Ltd. held that the definition of “service” as mentioned under the Consumer Protection Act, 2019 and the Goods and Services Act, 2017 cannot be referred for the purpose of interpretation of the term “Operational Debt” as these acts are not mentioned under Section 3(37) of the Code.

However, the Bench held that in the present case, the license agreement itself provides for payment of GST and thus the definition of the term “service” under the GST Act can be referred to. The Hon’ble NCLAT Bench also held that since the judgment of Promila Taneja relied upon the case of M Ravindranath Reddy, it will also be covered under the category of bad law.

From the above-mentioned data, it is concluded that the claim of the rental lease will be treated as operational debt under Section 5(21) of the code as per the decision given by the Hon’ble NCLAT.