Builders cannot use Intent of disapproval to commence Construction 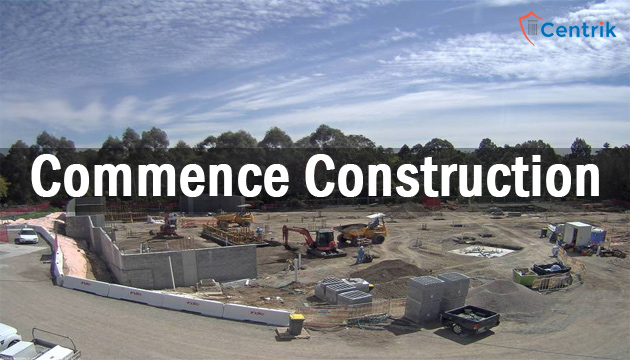 Lately, it has been seen that the builders are using Intent of Disapproval (IOD) as a permission to proceed with the construction. Intent of Disapproval (IOD) has no nexus to proceed with the construction and it cannot be equated with Commencement Certificate (CC), it is only a stage before obtaining a Commencement Certificate (CC).

Currently, it is not mandatory for builders to upload commencement certificate (CC) to get RERA registration in Maharashtra so in this regard the MahaRERA officer has directed RERA authorities to make a provision online for mandatory uploading of CCs, which are not being uploaded due to the lack of such a provision currently.

The enactment of MahaRERA would be reached to the greater extent if its rules are given less weightage, and provisions of RERA act are strictly complied with. The need of the hour is to send a signal to the developers/ builder that taking the consumer for granted will not be permitted, said by the Advocate Vinod Sampat, founder of Cooperative Societies’ Users’ Association.

On January 2, an order passed by MahaRERA on a plea filed by four home buyers in an upcoming township in Pune by Kul Developers (Private) Limited, which has not uploaded its Commencement Certificate (CC). B D Kapadnis, Member and Adjudicating officer, MahaRERA, said in his order that, In Mumbai a local authority normally issues Intent of Disapproval at first stage, which is being assumed as permission to proceed with the project. But according to RERA an Intent of Disapproval (IOD) cannot be equated with commencement certificate (CC). Intent of Disapproval (IOD) mentions shortcomings/deficits in the proposal, seeking permission to commence the construction. In an IOD mentions that some more permission or no objections are required from various authorities, and therefore, the proposal for permission to commence construction is disapproved.

As per a common man, when a project is registered under RERA, it means that all the requirements of RERA are complied with, and it is safe for transactions with the developer. The registration certificate acts like a guarantee of soundness and viability of the project. That is why it is mandatory on the developer to mention the registration number of his project in every advertisement. Transparency and efficiency in the housing industry comes from the Commencement Certificate. So many ongoing projects in the Mumbai are being delayed only because approvals, permissions and no objections have not been taken before commencement of construction activities, B D Kapadnis, stated in his order.

According to Real estate experts, MahaRERA has not made it mandatory to enclose commencement certificate (CC) in the existing software and therefore builders do not upload the same. Kapadnis said that compliance of this legal provision is necessary. Advocate Sampat said, “Once IOD is obtained, the builder has to ensure that the premises are vacated, and only then the CC is issued. This is important for all constructions including re-development projects.”

It was not mandatory, under the RERA rules that builder to start the project before obtaining a commencement certificate (CC,) and their software which was introduced during the implementation of the act, did not have provisions for uploading the same. Therefore many builders tend to take the customers for granted, said Advocate Nilesh Gala.