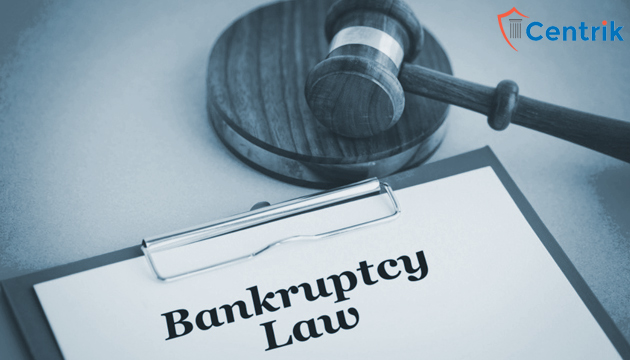 On April 13, 2021, the Hon’ble Supreme Court in the matter of Ghanshyam Mishra and Sons Pvt. Ltd. v. Edelweiss Asset Reconstruction Company Limited (Civil Appeal No.8129/2019) held that any creditor, including the Central/State Government or any local authority, is bound by Resolution Plan as approved by Adjudicating Authority under Section 31(1) of the Insolvency and Bankruptcy Code, 2016. It further ruled that the Central and State Governments, as well as any local body to whom operational debt is due, are “Operational Creditors” to that Company.

The Hon’ble NCLT accepted the Company Petition in its Order dated August 3, 2017, and a Resolution Professional (“RP”) was appointed as a result. In line with the rules of the IBC, 2016, the RP started the resolution procedure. Three resolution plans were submitted throughout the process, one each from Edelweiss Asset Reconstruction Company Limited (EARC), Respondent No.1, Orissa Mining Private Limited, and Ghanashyam Mishra & Sons Private Limited, the Appellant. The Hon’ble NCLT accepted the Resolution Plan of GMSPL by an extensive order dated 22.6.2018, which was officially adopted by CoC by a voting share of more than 89.23 percent.

The NCLAT, in its Order dated 23.04.2019, ruled that GMSPL’s (Ghanshyam Mishra and Sons Pvt. Ltd.) Resolution Plan is better compared to the other Applicants. However, NCLAT noted that the parties’ claims that are not covered in the Resolution Plan may be raised before the relevant forums. As a result, GMSPL filed an appeal with the Supreme Court against the NCLAT Order dated April 23, 2019.

Observation by the Hon’ble Supreme Court

That the Government is covered by IBC’s definition of a “Creditor.” The Court observed that a claim in respect of dues arising under any law for the time being in force and payable to the Central Government, any State Government, or any local authority would fall within the ambit of ‘Operational Debt’ through the harmonious constructions of definitions of Operational Creditor, Operational Debt, and Creditor. That any operational debt owing to the Central Government, any State Government, or any municipal body would fall within the purview of the term “Operational Creditor.” Similarly, the meaning of ‘creditor’ would include a person to whom a loan is due.

It went on to say that once a resolution plan is approved by the NCLT under Section 31(1) of the IBC, the claims mentioned in it will be frozen and binding on the Corporate Debtor and its employees, members, creditors, including the Central Government, any State Government, or any local authority, guarantors, and other stakeholders. As a result, if not included in the resolution plan, all dues, including statutory dues, owed to the Central Government, any State Government, or any local authority shall be extinguished, and proceedings in respect of such dues for the period prior to the date on which the Adjudicating Authority grants its approval under Section 31 cannot be continued. The Court further said that the Section 31 Amendment to the IBC is “clarificatory and declarative in nature,” and therefore will take effect on the day the Insolvency and Bankruptcy Code went into force.