Bihar RERA getting stringent regarding RERA Compliance in the State 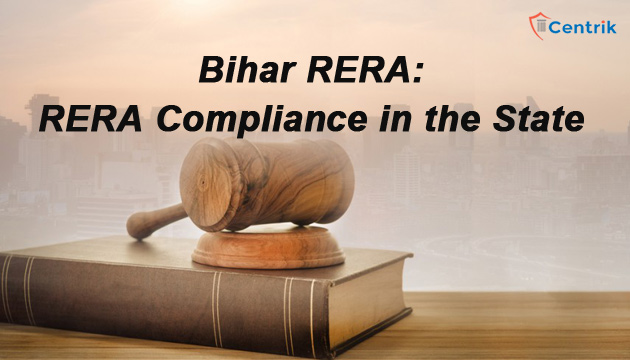 As we all are aware of the fact that after the introduction of RERA, 2016 it has become mandatory for every real estate builder to get his ongoing/ proposed project(s) registered in accordance with the provisions of RERA, the state of Bihar is also not left untouched from the scope of RERA and real estate industry.

As per the latest statistics, real estate builders from approximately 25 out of 38 districts in Bihar have not even applied for registration under RERA. This is a clear evidence of the harsh reality which is prevailing in the state of Bihar that most of the builders in the state are willingly avoiding the compliance with the provisions of RERA.

It is a matter of grave concern for the Authority to address this issue. In absence of the compliance with the provisions of the Act, the enactment of the Act might prove to be good for nothing. In order to eradicate this potentially hovering threat, the Bihar RERA has asked the Urban Development & Housing Department to provide the list of ongoing and complete projects approved in the last 5 years by the authorities in the state.

The Bihar RERA has asked for district-wise and area-wise list of such projects in order to take immediate and necessary actions against deceitful, unethical and devious builders and thus, to eventually eliminate the risk of injustice which is being caused to or which may cause to the stakeholders/ buyers.

In the current scenario, almost 95% of the applications for registration in RERA have been received from Patna only, and the remaining 5% are from the other districts which clearly shows that the builders in the said ‘other’ areas are not paying much attention towards RERA compliance. RERA Bihar has already started taking remedial steps to resolve this issue and has served over 130 show cause notices to various real estate developers within the last three months for non-compliance and advertising their projects without registration.

In a nutshell, the above study shows that in order to safeguard the act from stumbling, the remedial measures being taken by the Government have made it a dire need for the builders to get themselves registered under RERA.