Be Aware RERA May Push-up Your Cost 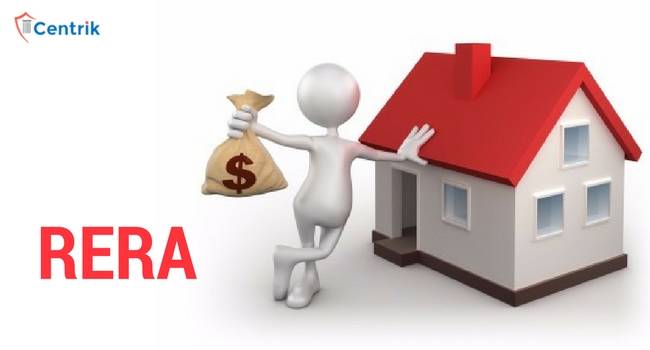 The Real Estate (Regulation and Development) Act, 2016, which came into force on May 1, 2017, will bring an estimated 83,000 registered builders in India under its purview. It will ensure that the interests of home buyers are protected.

The Act empowers homebuyers to exit a project at any stage and get back their money. But what net amount will a buyer get if he gives up a project?

Buyers will get a more transparent property search, sourcing and purchase experience with the legislation being followed in letter and spirit. Transparent pricing, a swifter redressal mechanism and greater accountability of developers and brokers will help create a consumer-friendly environment.

Under the Act, a developer is required to refund or pay compensation to allottees with an interest rate of State Bank of India’s highest marginal cost of lending rate plus two per cent, within 45 days of it becoming due. Interest rates are expected to range around 11-12 per cent.

The rule says that the Builder-Buyer Agreement has to be registered for which a certain amount of Stamp Duty has to be paid. This was a practice in some states such as Maharashtra, but not a common practice across the country.

“Under RERA, the hardship for the buyer begins on Day 1 because one has to pay the registration cost right away, which was earlier being paid at the time of possession. To register the Agreement to Sale, the Stamp Duty has to be paid at the local sub-registrar office. For instance, Uttar Pradesh charges 2% Stamp Duty while Haryana levies a 1.5% charge. “This means if a person buys a flat for Rs 60 lakh, he ends up paying Rs 1.2 lakh as Stamp Duty (2%) at the time of the Agreement to Sale.

What will happen if a buyer in the interim wants to cancel the purchase after six months or wants to sell the property? Will he get his money back, which he has paid in the form of Stamp Duty and other taxes?

In this scenario if a buyer wants to exit a project for some reason, one will not only have to give up the registration amount, one will also have to forfeit the booking amount paid to the developer. It is ironical that RERA, which has been framed to protect the interest of a homebuyer, will make exiting a project very difficult for the one.