What is Producer Company Registration and Its Benefits

CentrikBlogsBusiness AdvisoryRegistration And ComplianceWhat is Producer Company Registration and Its Benefits 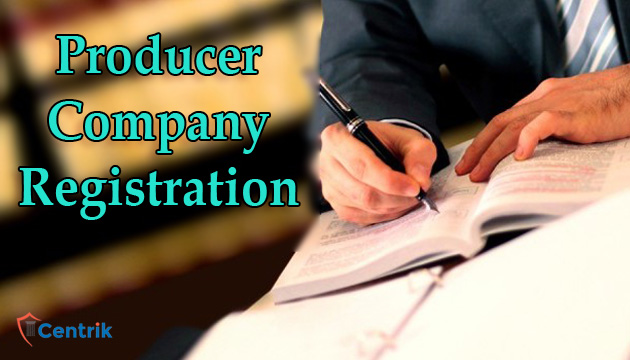 Producer Company means a corporate body having objects or activities as specified under the Act. It consists of a group of people involved in the production of primary produce or having one or more objectives relating to primary produce. In a producer company, you can appoint agriculturist members and accept deposits in the form of RD/FD and provide them maturity as well as distribute loans to your farmer members and charge interest from them.

A group of ten/more people or two/more producer institutions or a combination of ten/more individuals and producer institutions can register as a producer company when Producer Company have limited share capital, Minimum paid-up capital is Rupees Five Lakhs only, Maximum fifteen directors and Minimum Five Directors, Minimum Ten individuals or two producer institutions, no limit on the maximum no. of members, The period of holding of office of the directors of a Producer Company shall range from one year to five years subject to the provisions made in the Article of Association, the maximum amount of return that can be paid by a producer company is determined by its Article of Association, The Producer company can under no situation become a deemed public company.

Producer Company is a company registered under the Companies Act, 2013, which has the objective of production, harvesting, procurement, grading, pooling, handling, marketing, selling, and export of primary produce of the Members or import of goods or services for their benefit. Produce are things that have been produced or grown, especially by farming. Therefore, a Producer Company deals primarily with agriculture and post-harvest processing activities.

Over 85% of the Farmers in India are small and marginal farmers with land holdings of less than 2 hectares. This fragmentation in farmers and farm lands, leads to disorganization and it is not viable for Indian farmers to adopt the latest technologies. By organization of these farmers into producer companies, economies of scale can be unlocked and the livelihood of farmers can be improved. Thus the concept of Producer Company is aimed at empowering farmers by creating clusters of farmers organized as a Producer Company. Here some reasons to register a Producer Company:-

A producer company has ‘perpetual succession’, that is continued or uninterrupted existence until it is legally dissolved. A producer company, being a separate legal person, is unaffected by the death or other departure of any member but continues to be in existence irrespective of the changes in membership.

A producer company being a juristic person, can acquire, own, enjoy and alienate, property in its own name. No member can make any claim upon the property of the producer company as long as it is a going concern.