RERA: Supplier contractor disputes not within the purview of RERA Act 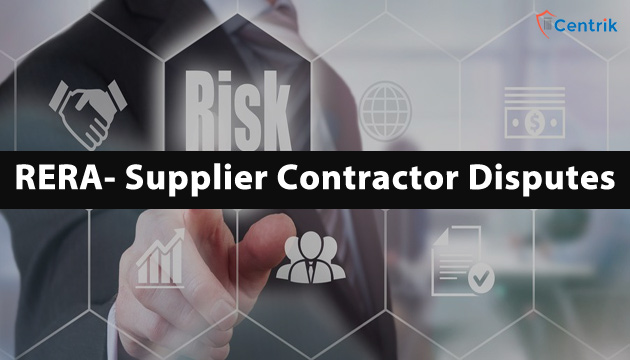 RERA Authorities set up under Real Estate (Regulation and Development ) Act, 2016, often come across cases which are a complex intermix of disputes involving such question of facts or law, which falls outside the Jurisdiction of RERA Authority. In such circumstances, authorities often face the dilemma of protecting the Buyers’ interest while working within its own jurisdiction.

In the recent case of Manish Jain vs. Rai Homes India Pvt. Ltd., Madhya Pradesh RERA Authority faced the same approach-avoidance conflict, when a home buyer who is also a material supplier of the same builder came to RERA Authority for relief in case of delay in possession in the duplex apartments booked at Bhavya City, Phase-II, Raisen District, Madhya Pradesh.

In the case mentioned above, the complainant Manish Jain, an allottee entered into an understanding with the builder named Rai Homes Pvt. Ltd. As per the mutual understanding, the payment of two duplex apartment booked by the complainant was to be made half in cash and half in kind by supplying cement worth the amount, apart from paying the booking amount. However, a dispute arose later on between them regarding the value of material supplied to the developers due to which the construction of the proposed plan was stopped and the possession of the apartments was delayed. The supplier approached the RERA authority in the capacity of a buyer and prayed for compensation for delay in possession as well as compensation for mental harassment.

RERA Authority very carefully examined the dispute and observed that this dispute is not a dispute simpliciter between an allottee and a developer but also includes a dispute between a supplier and a contractor. The authority further observed that it is true that two apartments were booked by the complainant and that there is a delay in the handling of the possession but this disputes also involves a transactional dispute over supply of building material which falls outside the purview of Real Estate (Regulation and Development) Act, 2016. Keeping in view the above observation, the RERA Authority refused to grant any compensation for delay in possession or for mental harassment. However, both the parties were directed to arrive at a decision amicably and further directions were given to the developer for the handling of possession by October 2018 beyond which the complainant can rightfully demand damages from the developer.

It can be confidently said that while deciding disputes which involves buyer’s interest, RERA Authorities are carefully analyzing each and every legal and factual aspect before arriving at a conclusion and that the same is evident from the reasoning and order passed thereto by the RERA Authority.