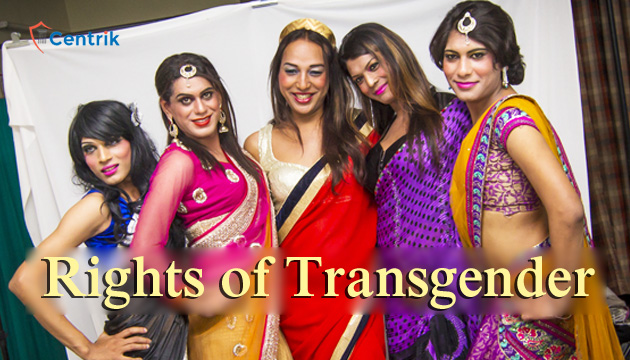 MISCONCEPTION ABOUT THE TERM ‘TRANSGENDER’

Transgender is not a term limited to persons whose genitals are intermixed but it is a blanket term of people whose gender expression, identity or behavior differs from the norms expected from their birth sex. Various transgender identities fall under this category including transgender male, transgender female, male-to-female (MTF) and female to male(FTM). It also includes cross-dressers (those who wear clothes of the other), gender queer people (they feel they belonged to either both genders or neither gender) and transsexuals.

In India, there are a wide range of transgender related identities which includes the Hijras, Aravanis, Kothis, Jogtas/ Jogappas, Shiv Sakthis. In the past, they were treated with great respect.

The rule of law is supreme and everyone is equal in the eyes of law in India. Yet, the transgender community is in a constant battle as they have to fight oppression, abuse and discrimination from every part of the society, whether it’s their own family and friends or society at large. The life of transgender people is a daily battle as there is no acceptance anywhere and they are ostracized from the society and also ridiculed.

They are deprived of social and cultural participation and hence they have restricted access to education, health care and public places which further deprives them of the Constitutional guarantee of equality before law and equal protection of laws. It has also been noticed that the community also faces discrimination as they are not given the right to contest election, right to vote, employment, to get licenses, etc. and in effect, they are treated as outcast and untouchable.

The Bill was introduced in Rajya Sabha on 12th December, 2014 which is passed on 24thApril, 2015 unanimously, with cross-party support. This was a private member’s bill introduced by the MP from Tamil Nadu, Tiruchi Siva. 24th April is celebrated as Transgender day following the passage of the Bill in the Rajya Sabha.

The rights guaranteed under the Bill are mostly substantive rights such as the right to equality and non-discrimination, life and personal liberty, free speech, to live in a community, integrity, along with protection from torture or cruelty and abuse, violence and exploitation. There is a separate clause for transgender children.

Education, employment and social security and health are also covered under the Bill. The chapter on education makes it mandatory for the Government to provide inclusive education for transgender students and provide adult education to them.