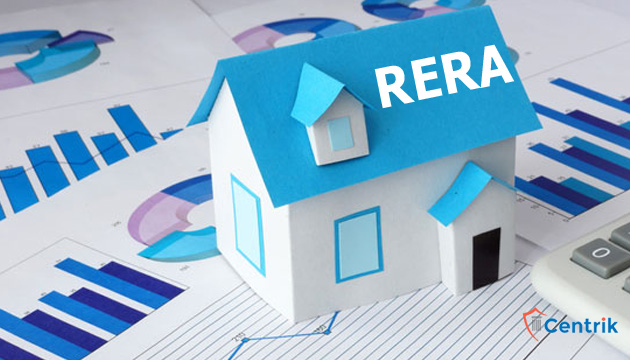 Real Estate Act a most awaited act that had come into force with a promise of protecting the right of consumers and transparency but there are only 13 states and UTs who have so far notified rules. The government described the implementation of the consumer-centric Act as beginning of an era where the consumer is a king.

Players of real estate have welcomed the implementation of the Act, because they think it will bring a paradigm change in the way the Indian real estate sector functions. This act protect home buyers and encourage genuine private players. The Real Estate (Regulation and Development) Bill, 2016 had passed by Parliament in March last year and all 92 sections of the Act comes into effect on May 1.

After a nine-year wait Real Estate Act coming into force and marks the beginning of a new era. The Act ushers much-desired accountability, transparency, and efficiency in the sector, defining the rights and obligations of both the buyers and developers. Real estate developers now will have to get ongoing projects that have not received a completion certificate and new projects registered with regulatory authorities within 3 months from tomorrow.

The Housing Ministry had last year notified rules for five Union Territories Andaman and Nicobar Islands, Chandigarh, Dadra and Nagar Haveli, Daman and Diu, and Lakshadweep, while the Urban Development Ministry came out with such rules for the National Capital Region of Delhi.

Indian real estate sector has involved over 76,000 companies across the country. Some major provisions of the Act, besides mandatory registration of projects and real estate agents, include depositing 70% of the funds collected from buyers in a separate bank account for construction of project. This will ensure timely completion of the project as the funds could be withdrawn only for construction purposes.

RERA states that any structural or workmanship defects brought to notice of a promoter within a period of five years from the date of handing over possession must be rectified by the promoter, without any further charge, within 30 days. If the promoter fails to do so, the aggrieved allottee is entitled to receive compensation under RERA. Other highlight of the Act is imprisonment of up to three years for developers and up to one year in case of agents and buyers for violation of orders of appellate tribunals and regulatory authorities.

If you have any query related to property issues, then send your query at info@centrik.in